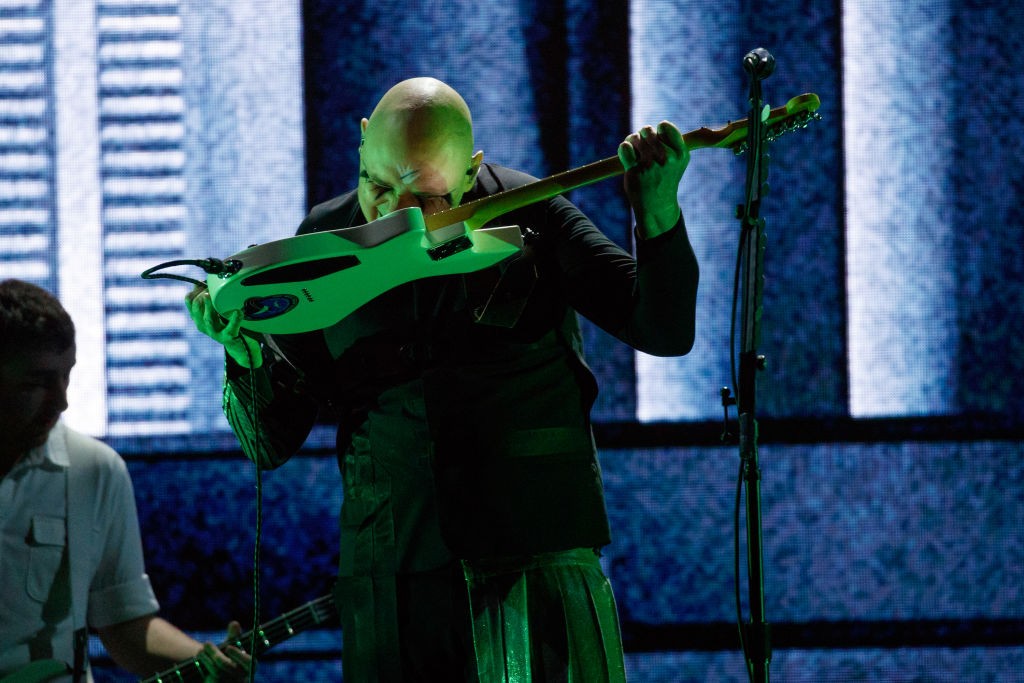 The Smashing Pumpkins are back with a new album officially titled Shiny and Oh So Bright, Vol. 1/LP: No Past. No Future. No Sun. The album was produced by Rick Rubin and includes the band’s recent singles “Silvery Sometimes (Ghosts),” “Solara,” and “Knights of Malta.” Read Spin’s review here.

The new release follows this summer’s Shiny and Oh So Bright reunion tour, which saw Pumpkins frontman Billy Corgan reunited with original drummer Jimmy Chamberlin and guitarist James Iha (but definitely not D’arcy Wretzky). Corgan originally suggested that new Pumpkins music would arrive as a pair of four-song EPs, and though Shiny and Oh So Bright, Vol. 1 contains eight tracks, its title would appear to leave that option open.

In other news, Corgan recently made an encore appearance on the cover of a Chicago cat magazine, threw the first pitch at a Cubs game, and announced the birth of a daughter, Philomena Clementine. Smashing Pumpkins have several upcoming U.S. tour dates remaining this year—see the dates here.

Stream the Smashing Pumpkins’ Shiny and Oh So Bright, Vol. 1/LP: No Past. No Future. No Sun below, then see where the band ranked on our recent list of the Best Alternative Rock Songs of 1998.