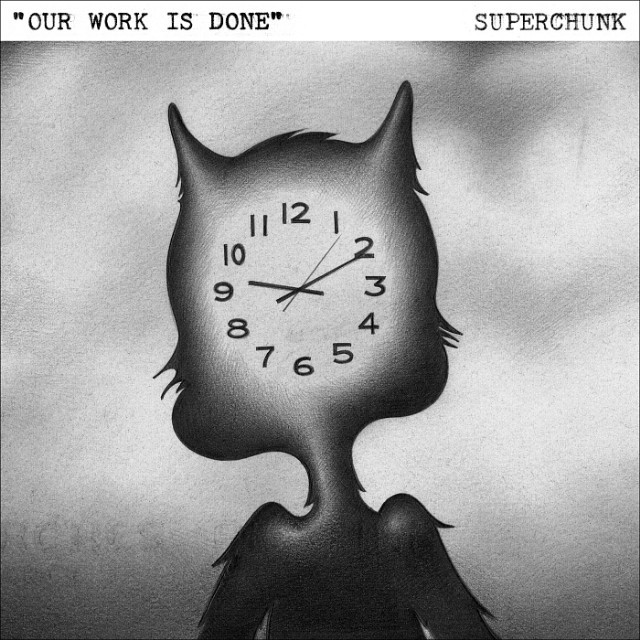 North Carolina’s own Superchunk have released a 7″  single benefitting renewable energy advocacy group 350.org. The single features “Our Work Is Done,” which is the band’s first new song since releasing their wonderfully raucous 2018 album What a Time to Be Alive. Fucked Up frontman and recent fellow Merge Records label mate Damian Abraham joins Superchunk’s Mac McCaughan on vocals for “Our Work Is Done,” a song that is essentially a conversation between the last two men on earth after the planet was all but incinerated thanks to pollution and manmade climate change. The B-side is a cover of Klaus Nomi’s “Total Eclipse.”

“The news these days is overwhelming, and sometimes it’s hard to focus on the larger issues we are all collectively facing. Climate change is transforming the world in dangerous ways and requires immediate action,” McCaughan said in a statement. ” The proceeds from the single will go to Bill McKibben’s 350.org, and we stand by them as they build the global grassroots climate movement that can hold our leaders accountable to the realities of science and the principles of justice.”

Listen to the new songs below.