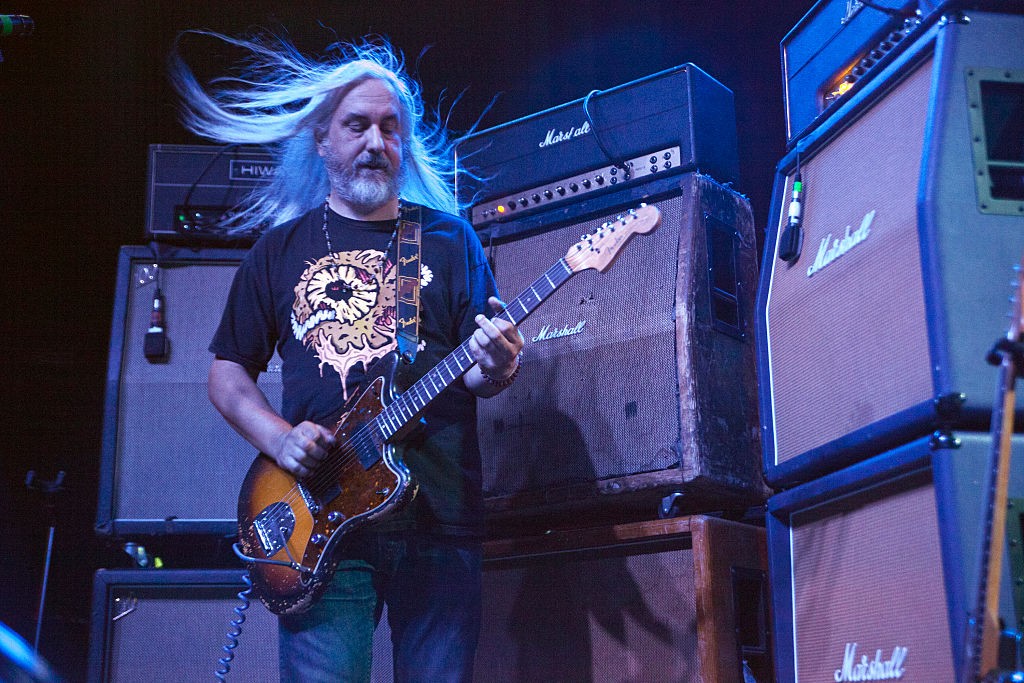 J Mascis of Dinosaur Jr. is back with another solo album titled Elastic Days. The LP follows the artist’s 2014 LP Tied to a Star and was recorded at Mascis’ Bisquiteen studio in Massachusetts. Mascis plays most of the instruments himself on the record, but Black Heart Procession’s Pall Jenkins, Miracle Legion’s Mark Mulcahy and Luluc’s Zoë supply guest vocals. Previous Mascis collaborator Ken Miauri also plays the keyboard.

“The biggest difference with this record might have to do with the drums. I’d just got a new drum set I was really excited about,” Mascis said in a statement. “I don’t have too many drum outlets at the moment, so I played a lot more drums than I’d originally planned. I just kept playing. [laughs] I’d play the acoustic guitar parts then head right to the drums.”

In the last few, Mascis released three singles from the album: “See You at the Movies,” “Everything She Said,” and “Web So Dense.” He was also caught on camera singing Tom Petty during karaoke in a nearly deserted bar in Provincetown.

Mascis also says that he’ll play the entirety of his tour standing up because he realized the amps sound better when he’s standing.

Stream the full album below.