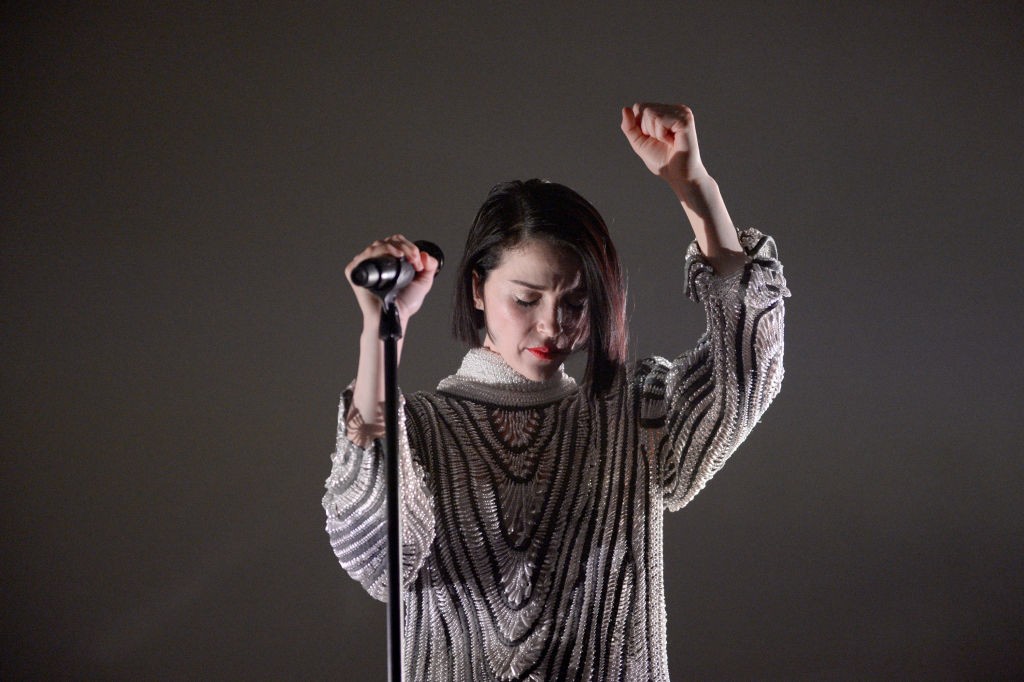 St. Vincent released MassEducation, her stripped-back, piano-and-vocal retake on her MASSEDUCTION album of 2017, in October of this year. Annie Clark has been busy performing shows in this setup throughout this year, with Thomas Bartlett, otherwise known as Doveman, backing her up on piano. The two performed together at the Brooklyn Academy of Music last night, the first of two New York shows in this format scheduled for the next few months (February 14 at Manhattan’s Lincoln Center). As Brooklyn Vegan points out, they opened the Brooklyn show with a cover of Lou Reed’s “Perfect Day,” with Barlett and Clark imbuing the verses with more freeform, cabaret-like drama before locking in for a spirited delivery of the chorus. At the Newport Folk Festival this summer, the two also collaborated on a version of Joni Mitchell’s “Court and Spark.” Watch video of the Lou Reed cover below.