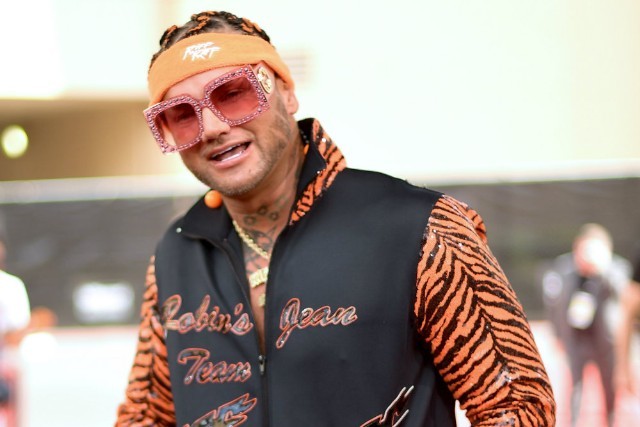 RiFF RAFF was sued in 2014 for sexual assault and will face a jury trial in the case next May, Pitchfork reports. The allegation comes from a woman identified as Jane Doe, who claimed in a November 2014 interview with the Lyon County Sheriff’s Office that RiFF RAFF (born Horst Christian Simco) and his collaborator DollaBillGates (Eric Lasaan Bin) forced her to perform sexual acts in a Nevada brothel after the rapper performed at the Bunny Ranch Bar & Cigar in Mound House, Nevada in August 2014. Pitchfork reports that Doe’s alleged damages now total “around $12 million.”

According to Pitchfork, Doe told the Sheriff’s detective that she and a friend, identified as Sara, met RiFF RAFF after the concert and went with him and DollaBillGates to a bungalow at a brothel adjacent to the concert venue, where RiFF Raff allegedly took the women’s money and withheld it until both of them engaged in vaginal and oral sex with him, which they did. According to Jane Doe, DollaBillGates physically blocked the exit to the room, and RiFF RAFF forced her to perform oral sex on DollaBillGates as well.

Hours after the alleged assault, Doe reportedly filed a police report with the South Lake Tahoe Police Department in California, where she lives; the department later provided the report to the Lyon County Sheriff’s Office, which investigated the criminal complaint. The office reportedly closed the criminal case after interviewing Doe, Sara, and DollaBillGates, but not RiFF RAFF, citing “lack of physical evidence, forensic evidence, and direct evidence including the contradictory eye witness testimony of Sara.”

Sara reportedly disputed Doe’s account in her interview with the Sheriff’s office, including the detail about DollaBillGates blocking the door, and the coercive nature of the encounter itself. She said she was not “fearful” and did not “feel forced,” and added that Doe was “just trying to make up stories.” DollaBillGates denied any sexual assault took place in his own interview with the office, and RiFF RAFF reportedly denied the allegations in a court declaration filed in September 2016. The rapper’s lawyer told Pitchfork, “Mr. Simco and his representatives take allegations of sexual misconduct very seriously,” and, “This case is set for a jury trial in May of 2019, and Mr. Simco looks forward to the opportunity to clear his name.”

RiFF RAFF was accused this past May of drugging and raping a 19-year-old woman after a 2013 show, prompting the rapper’s booking company to cancel a scheduled tour in Australia and New Zealand. Days later, a second woman accused RiFF RAFF of attempting to coerce her into sex on his tour bus after a 2015 Warped Tour performance in Milwaukee. The second woman was 17 at the time of the alleged incident.

RiFF RAFF’s trial in the newly reported civil suit begins on May 28, 2019, according to court records reviewed by Spin. His charges include sexual assault, sexual battery, intentional infliction of emotional distress, false imprisonment, and civil conspiracy. We’ve reached out to the rapper’s management for comment and will update if we hear back. You can read Pitchfork’s full report here.