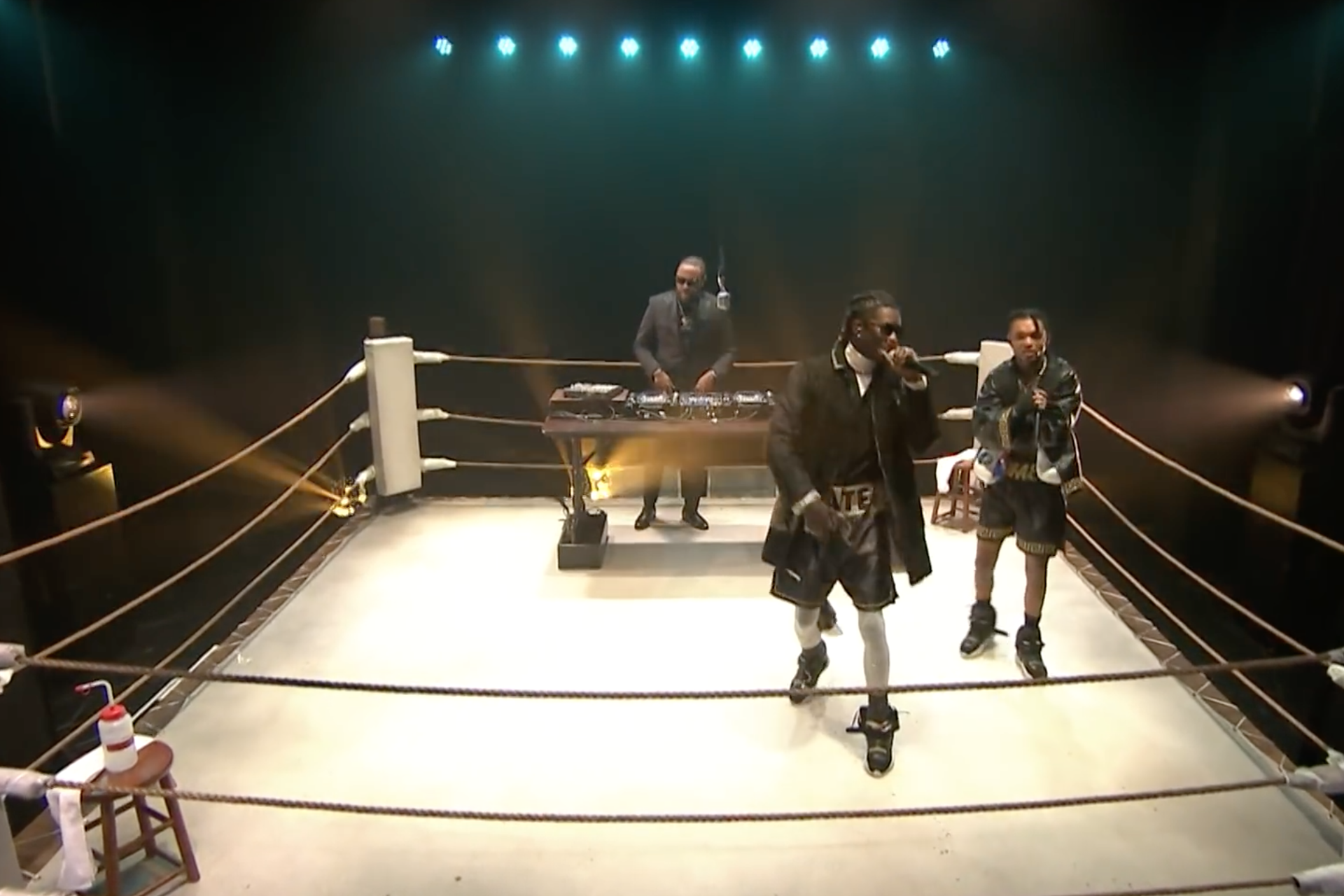 Mike WiLL Made-It, Young Thug, and Swae Lee swung by the Tonight Show Starring Jimmy Fallon last night for a rendition of their collaborative track “Fate.” The song appears on the recently released Creed II: The Album, which soundtracks the blockbuster movie of the same name. Appropriately, the show’s musical stage featured a giant faux boxing ring; Mike WiLL DJs in the back while Swae and Thug bop around singing and rapping.

The cheese factor really ramps up towards the end of the song, when towels are thrown into the ring. That’s not what happens at the end of a boxing match, right? Isn’t “throwing in the towel” a sign of defeat? Why does the “audience” have all these dirty towels? It’s almost like they meant to throw roses into the ring but only had towels. Jimmy Fallon rounds out the show by dapping up Swae Lee. Cool!

Watch the full performance below.