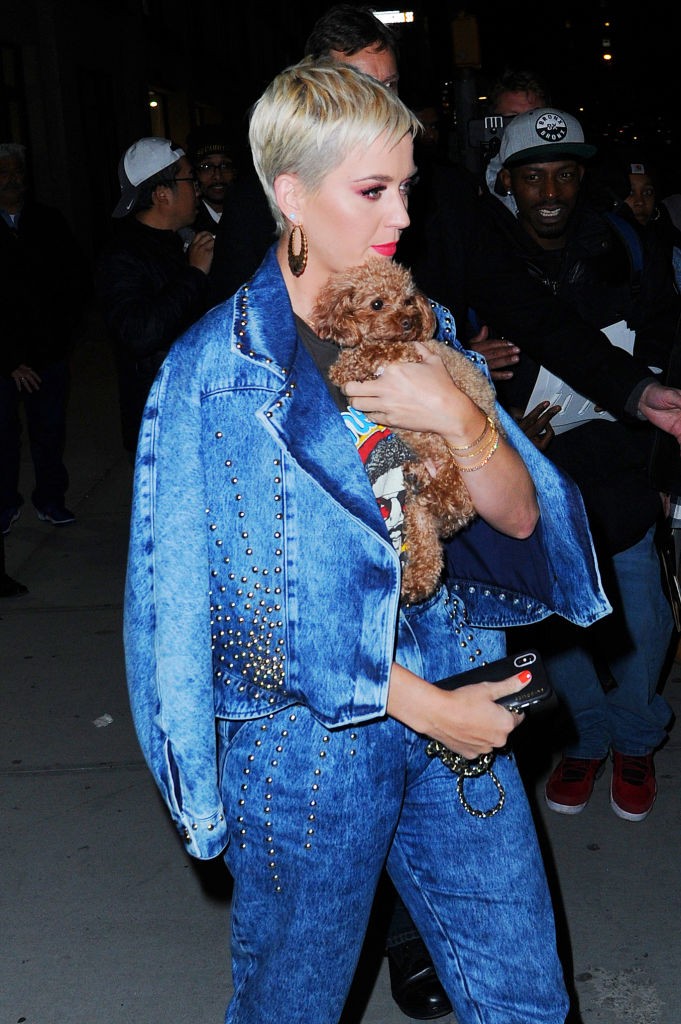 Whether it’s acceptable to start listening to Christmas music before Thanksgiving is a debate as divisive as whether pineapple belongs on pizza. But at least now we know where Katy Perry stands on the former argument. After the dismal reception of her 2017 album Witness, the pop singer is back with a new Christmas tune called “Cozy Little Christmas.”

“Cozy Little Christmas” was co-written by Perry and Ferras Alqais and is a cheerful song with jingle bells galore about remembering what’s important during this Christmas season: your loved ones.

Interestingly, the track is only available on Amazon music (perhaps because Taylor Swift reissued her entire catalog to Spotify right around the time Perry dropped Witness)? Either way, if you’re an Amazon Prime subscriber you can listen to the track below.

Recently, Perry has also found herself embroiled in Lukasz “Dr. Luke” Gottwald’s defamation lawsuit against Kesha. Last week, the New York judge in charge of the lawsuit denied Perry’s plea that she be able to keep the full transcript of her testimony, so as to keep it from going public.