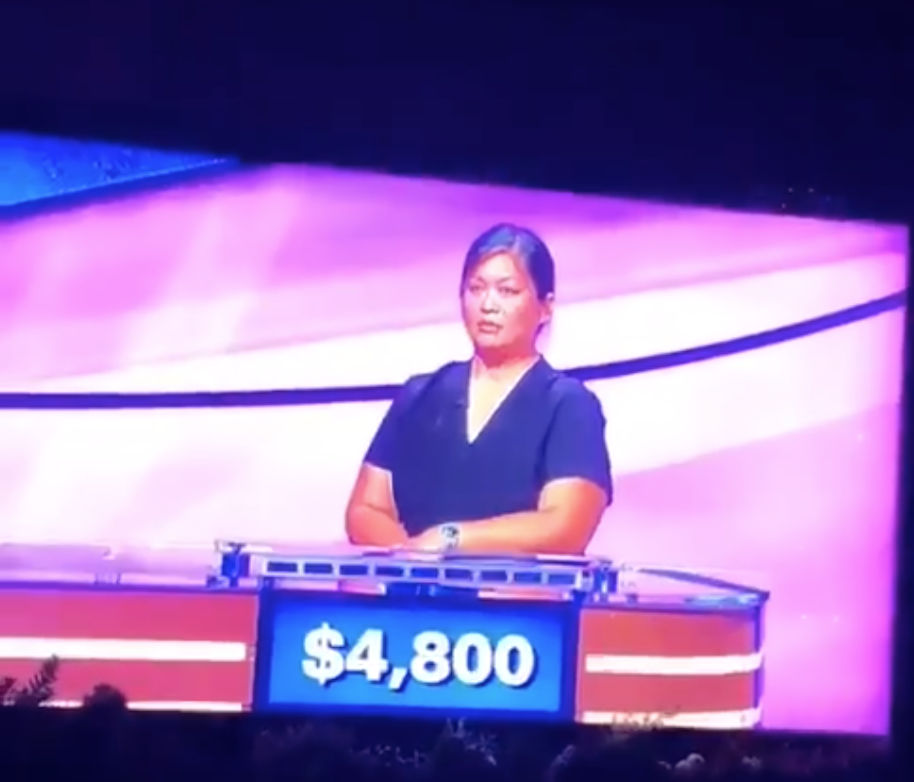 A failure at Jeopardy! can be a monumental thing indeed, leaving us with a forever-immortalized snapshot of human weakness in a high-pressure situation. In some sense, the logic behind Myra Guideng, a recent contestant on the show, guessing the name of the Kid Rock DJ who had gone on to explore “country-pop” to be “Kid Cudi” is understandable. Both Kid Rock and Kid Cudi begin with the same word, and it would, in fact, be kind of cool if everyone in Kid Rock’s band was named Kid something. Instead, of course, Kid Rock’s DJ is named as his elder: Uncle Kracker. Indeed, Trebek’s clue even included the word “avuncular,” which almost seems like it should be against the rules.

Guideng, who would doubtless know “Follow Me” if she heard it, lost $1,200; the other contestants, somehow, didn’t even attempt to guess. Kid Cudi retweeted video of the moment with crying emojis (nothing from Kracker yet, but there are some other good thoughts up there to peruse). And Jeopardy! got a good viral moment that doesn’t involve Alex Trebek dabbing or reciting Drake lyrics. The wheels of the Internet keep turning, the polar ice caps continue to melt, and romaine lettuce remains a liability. Hope everyone has a lovely rest of their day.