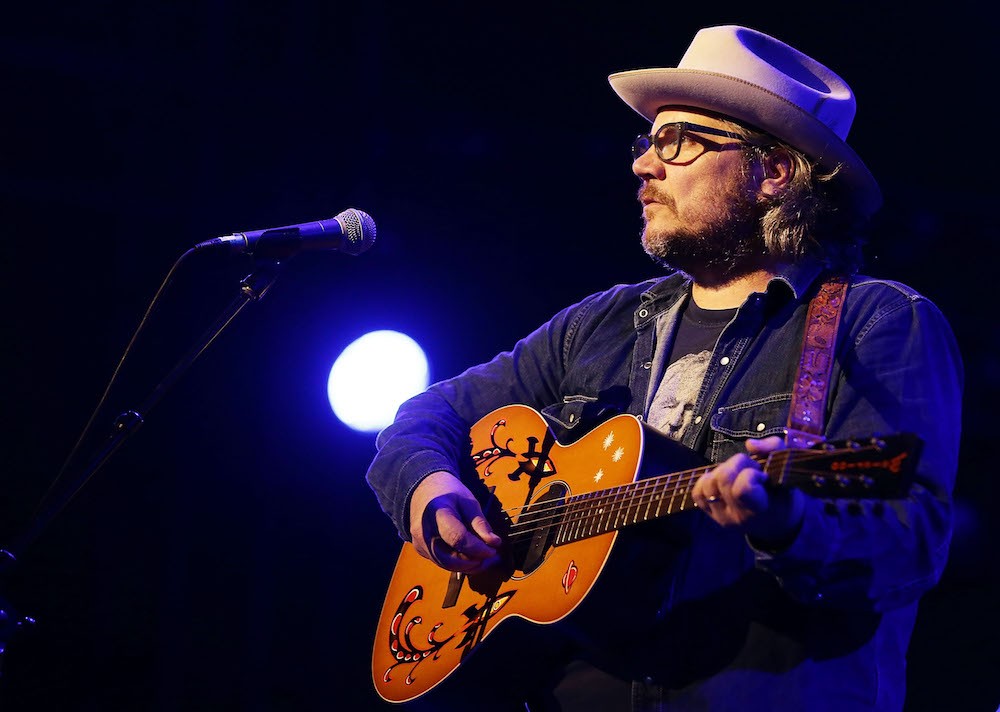 As leader of Wilco and onetime member of Uncle Tupelo, Jeff Tweedy has written dozens of great songs in his 51 years on Earth. Not among them, however, is a tightly-wound soul workout called “10th Avenue Freeze-Out,” nor a starry-eyed Bo Diddley homage called “She’s the One,” nor a scraggly gangland epic called “Jungleland,” no matter what Tweedy wanted his third-grade classmates to believe.

According to an excerpt from his forthcoming memoir Let’s Go (So We Can Get Back), Tweedy once told a class full of kids that he was responsible for Bruce Springsteen’s classic third album Born to Run, which dropped in 1975, when Tweedy was eight years old. Music writer Steven Hyden tweeted a few lines from the book detailing this ridiculously audacious move earlier today.

Reading Jeff Tweedy's memoir (it's out next and of course it's great) and one my fave bits is this story about him telling his grade-school classmates that he wrote "Born To Run." pic.twitter.com/U6aYUugrR5

On some level, I guess it would be possible for a third-grader to wrap their head around the idea that a prodigious classmate could have written Born to Run, but it’s hard to imagine anyone being convinced that he’d performed it—to buy that those pained “DOWN! IN! JUN! GLE! LAAAAAAND!” howls could have come from a tiny eight-year-old” set of vocal chords.

The anecdote reminds me of perhaps the single dorkiest thing I’ve ever done in my life, which was to participate in a “freestyle battle” between classes in middle school in the early 2000s by passing one of Mike Shinoda’s Linkin Park verses off on my own. My ploy worked—people loved it—but eventually I felt guilty and copped to stealing the rhymes. Was Tweedy ever hit with a similar moment of conscience? I guess you’ll have to buy the book and find out.