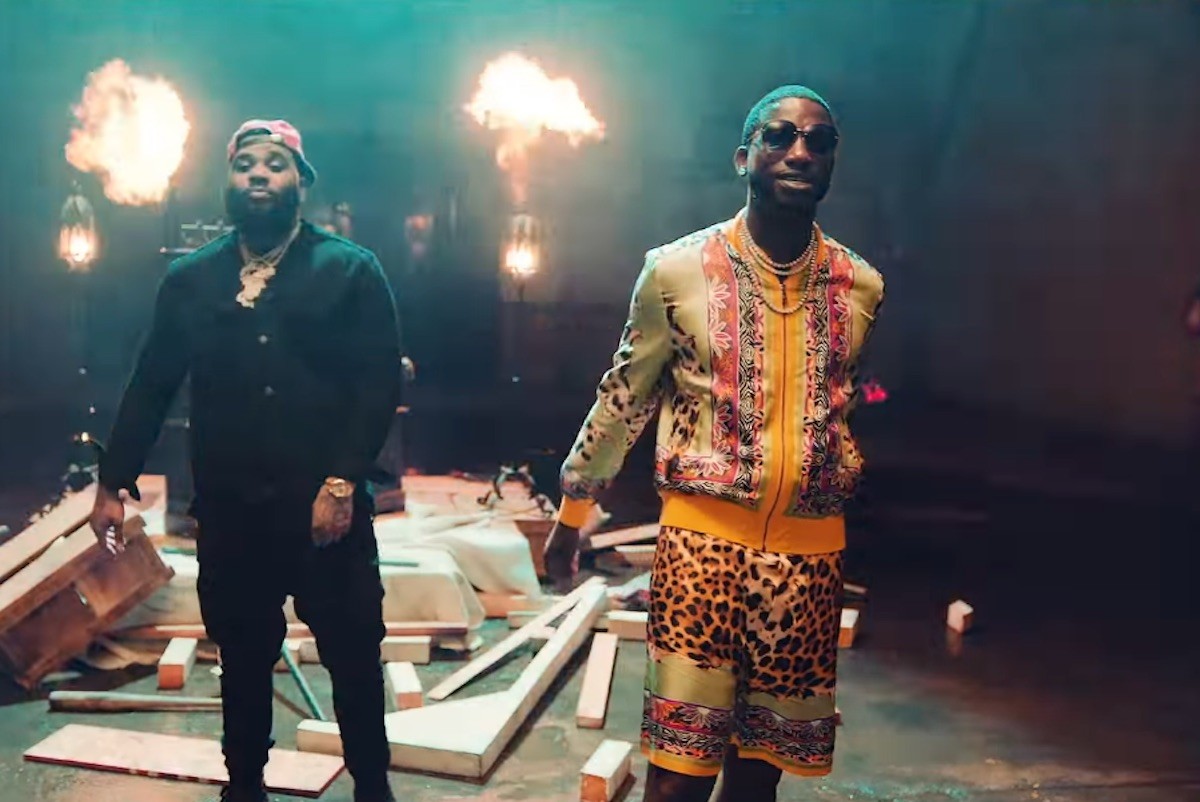 While Gucci Mane is very much known for his prolific musical output, he has spent several months building anticipation for his forthcoming album Evil Genius, which hints that he’s hoping to make a huge impact with the new record before closing out the year. To help build on that hype, Gucci has released a new video for the unveiling of his latest single “I’m Not Goin’,” a bass-heavy club anthem featuring a verse from Louisiana stalwart Kevin Gates.

The video, directed by Eif Rivera, features the two rappers in what looks to be an abandoned church of some kind, surrounded by candles, old chandeliers, lots of fire, and models. “I’m Not Goin'” shows Gucci trying to adapt his rugged, brooding rhymes to a bouncier but still tough street record appropriate for both party atmospheres and riding in your car. “I’m Not Goin'” is the newest single to come from the upcoming Evil Genius album, following the release of the Lil Pump-featured “Kept Back,” and the Bruno Mars and Kodak Black-assisted record “Wake Up in the Sky.” Gucci also recently made an appearance on the Lil Wayne’s Tha Carter V  bonus track “In This House.” Evil Genius will be out on December 7th. Watch the video for “I’m Not Goin'” below.