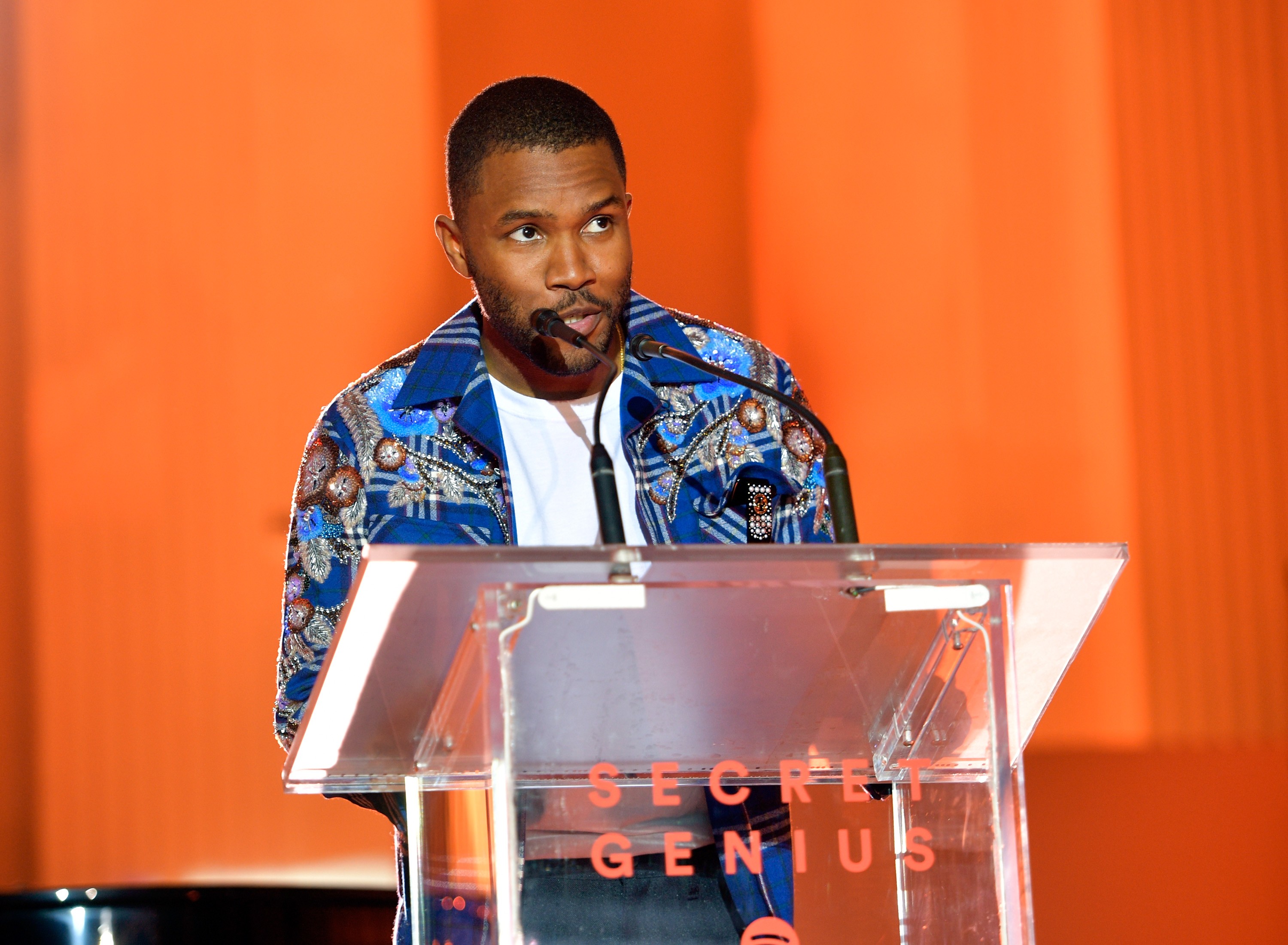 Frank Ocean returned today to the Beats 1 airwaves for new broadcasts of his blonded RADIO show. Ocean, along with the show’s hosts Vegyn and Roof Access, used the program to encourage listeners to vote. During the morning episode, titled “blonded Midterms pt. 1,” Ocean criticized voter suppression tactics and discussed his willingness to accept higher taxes. During “blonded Midterms pt. 2,” which aired later in the day, JPEGMAFIA joined to talk racial discrimination, and Ocean read the the Declaration of Independence in a sped-up voice.

“blonded Midterms pt. 3″ aired at 9 p.m. ET as election results started rolling in. The episode closed with YG’s anthem “F.D.T.” featuring Nipsey Hussle. During the penultimate song, Bill Evans’s “Peace Piece,” Ocean explicitly addressed the Trump era. “There’s momentum on the maybe two countervailing forces,” Ocean said. “Desensitization to just how crazy and unprecedented some of [Trump’s] actions are, and his words are, and his positions, and then there is also this inspired rage and frustration, and people trying to participate or be creative about how to fight or counter what’s going on. I wish it didn’t take things like this, but that’s human nature. It’s like a soccer game. You need an enemy.”

Ocean’s previous episode of blonded RADIO aired in August 2017 and premiered his song “Provider.” Earlier today, Ocean announced on Tumblr that he will be giving away free merchandise at pop-up shops in Houston, Miami, Atlanta, and Dallas to anyone with proof that they voted. The announcement flyer noted the historic significance of Georgia gubernatorial candidate Stacey Abrams, Florida gubernatorial candidate Andrew Gillum, and Texas Senate hopeful Beto O’Rourke.

You can listen to all three episodes on Apple Music. A playlist of the songs featured can be heard via Spotify below.

Update (10:15 p.m.): This post was updated with information from “blonded Midterms pt. III.”