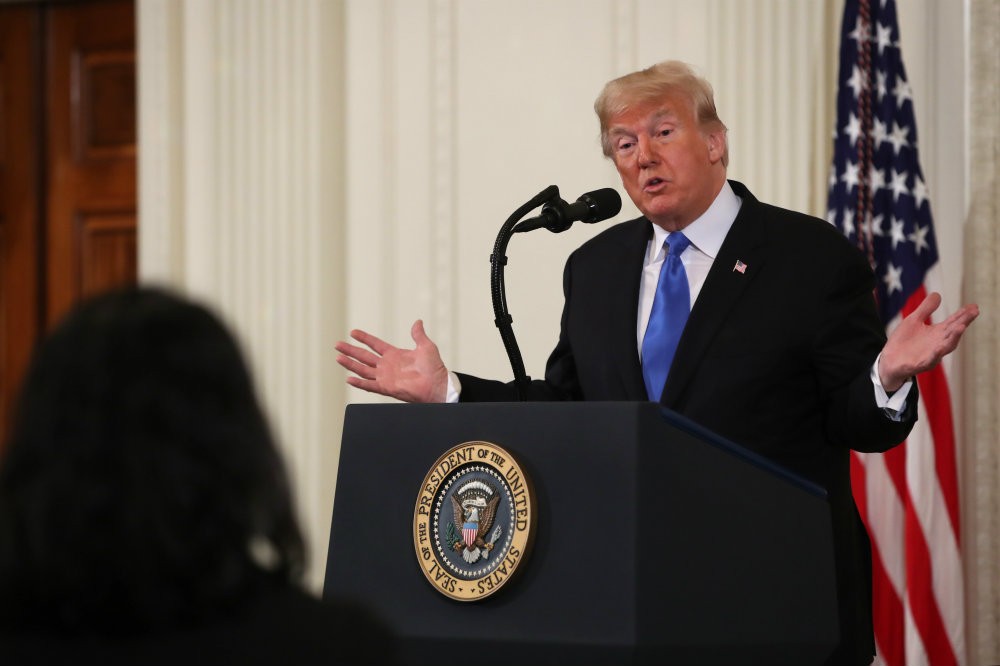 After delivering a reasonably subdued post-mortem address following Tuesday night’s midterm elections, President Trump’s afternoon press conference careened off the rails while taking questions from reporters. One of the most baffling moments occurred when PBS reporter Yamiche Alcindor asked Trump to clarify what he meant when he identified as a “nationalist” during a rally in Houston last month. Alcindor asked if that was essentially a dog whistle to the white nationalists who are largely attracted to Trump’s hardline anti-immigration stance and nativist agenda.

“That’s such a racist question,” Trump said to Alcindor, who is a black woman.

“There are some people that say that now the Republican party is seen as supporting white nationalists because of your rhetoric,” Alcindor asked, “what do you make of that?” Trump replied that he has “highest poll numbers ever with African Americans,” which on its face sounds patently ridiculous, and is. An NAACP poll published in August reported that Trump has a 21 percent approval rating with black voters. That’s actually an improvement from the poll the Pew Research Center published in June showing that Trump had a 14 percent approval rating among black voters. While heading into the midterms, Trump touted the typically favorable and highly questionable Rasmussen poll which showed a 40 percent approval rating among black respondents.

Spin reached out to the White House press secretary to for further clarification on what Trump meant by having “the highest poll numbers ever among African Americans” and will update if we hear back.

After the presser, Alcindor tweeted that she was “simply asking the questions the public wants to know.”