Donald Trump Thinks Voting Should Be More Like Buying Cereal 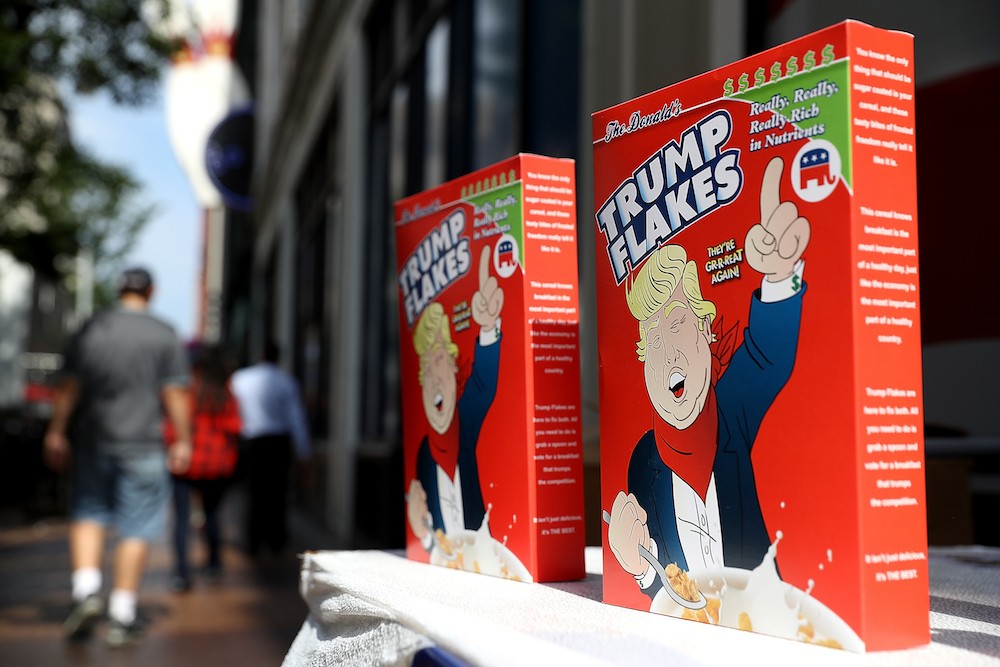 Please, someone, take Donald Trump aside and talk to him about cereal. It has been nearly four months since the president remarked at a rally that Americans need ID to buy groceries, and somehow no one has thought to explain to him that it doesn’t work that way. In a new interview with Benny Johnson of the Daily Caller, a worthless bootlicking plagiarist, the president was once again addressing the nonexistent problem of voter fraud, and once again using a patently insane analogy to defend his support for voter ID laws, which even supporters sometimes slip up and admit are really just for disenfranchising black people.

Here’s what our president said:

“If you buy a box of cereal — you have a voter ID,” Trump continued. “They try to shame everybody by calling them racist, or calling them something, anything they can think of, when you say you want voter ID. But voter ID is a very important thing.”

As a semi-frequent buyer of Honey Bunches of Oats (Banana Bunches flavor), I can confirm that a store clerk has never demanded that I produce the proper paperwork to certify my preparedness for all that crispy-crunchy natural flavor.

Obviously, you don’t need ID to buy a box of cereal. Our president has possibly never been inside a grocery store, and his brain is milk-logged and formless like the flakes at the bottom of the bowl. But to the extent that he’s suggesting voting should be more like buying cereal, we have to agree with him. Let’s allow every American of legal age to simply walk into their polling place and cast their ballot, regardless of whether or not they had time to register weeks in advance, or they’re a licensed driver, or they voted in the last election, or their current elected officials are willing to subvert the democratic process to maintain their tenuous grasp power. What reasonable person could argue with that?