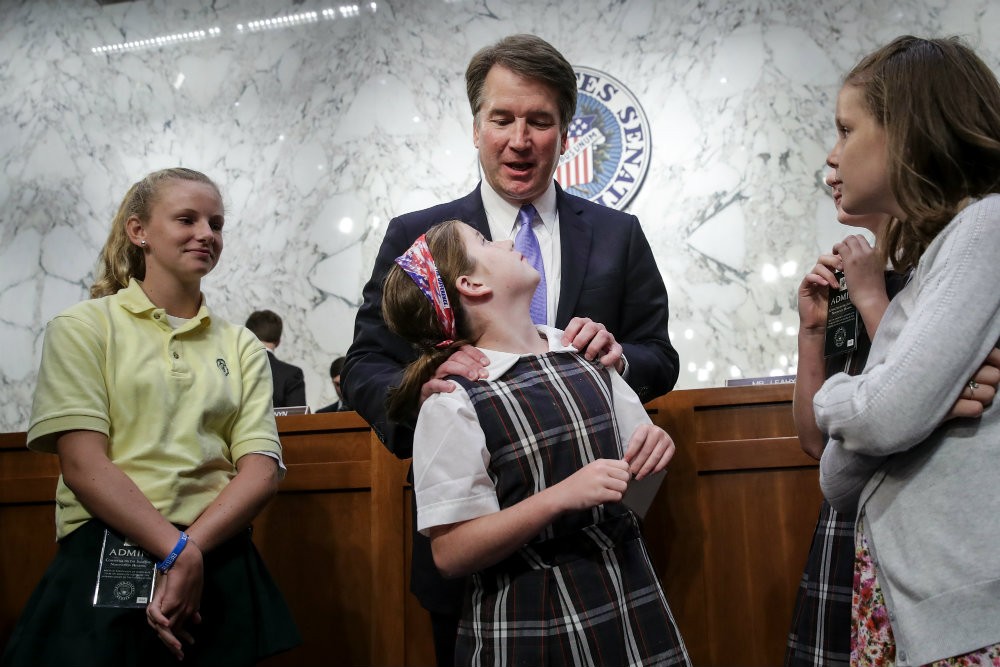 A few short months ago, when Kavanaugh was called before the Senate Judicial Committee to answer for the sexual assault allegation levied by Dr. Christine Blasey Ford, he publicly groused that he might never be permitted back on the basketball court. According to Kavanaugh, Ford’s accusation that he and friend Mark Judge attempted to assault her at a party as teenagers could inflict irreparable damage on his reputation: “I love coaching more than anything I’ve ever done in my whole life,” the then-SCOTUS nominee said during his notoriously angry remarks. “But thanks to what some of you on this side of the committee have unleashed, I may never be able to coach again.”

If Kavanaugh’s fury at the prospect of his life being ruined felt disingenuous at the time, subsequent events have only confirmed the skepticism. According to Deadspin and the Washington Post, “Coach K” (as he’s known to the kids) returned to the basketball court without incident. Tournament organizer Joe Sego told Deadspin that the only real change was “the three [Secret Service] guys standing at the door this year.” There didn’t seem to be much reaction from other parents at the tournament either: Kavanaugh was apparently upstaged by local celebrity and University of Maryland sports announcer Johnny Holliday.

Meanwhile, Dr. Ford has been unable to return to her job as a professor at Palo Alto University, and her lawyers have told NPR that she continues to receive death threats. A successful GoFundMe campaign allowed her to temporarily flee her home and hire a private security detail. Kavanaugh was right about a sexual assault allegation ruining a life—just not his.

This Ruth Bader Ginsburg Quote Might Be the Coldest Thing Ever