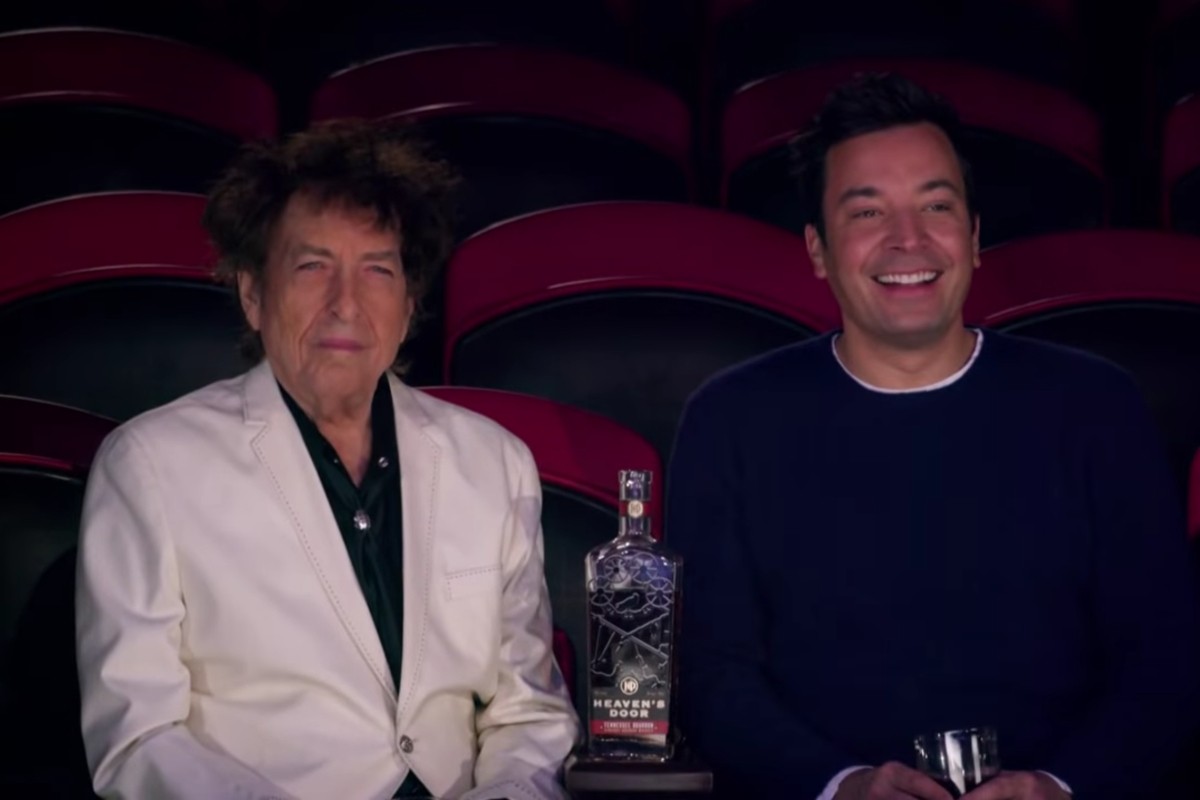 Bob Dylan begins a seven-night residency tonight at New York’s Beacon Theatre, which I suppose explains this weird sketch on last night’s episode of The Tonight Show. The segment features Dylan taking a seat next to Jimmy Fallon in an empty theater and taking in a performance by the Big Apple Circus trapeze artists. They also sip glasses of Dylan’s whiskey, which I don’t think you’re allowed to bring into the show, but maybe there’s an exception for Nobel Prize winners. By the end of the sketch, Dylan has disappeared, leaving Fallon alone to question his reality.

The fourteenth installment of Dylan’s Bootleg Series was released on November 2 and features alternate takes from the sessions that produced his 1975 album Blood on the Tracks. It was also revealed last month that Italian director Luca Guadagnino is working with The Fisher King screenwriter Richard LaGravenese on a cinematic adaptation of the album. Tickets for Dylan’s Beacon shows are still available here.