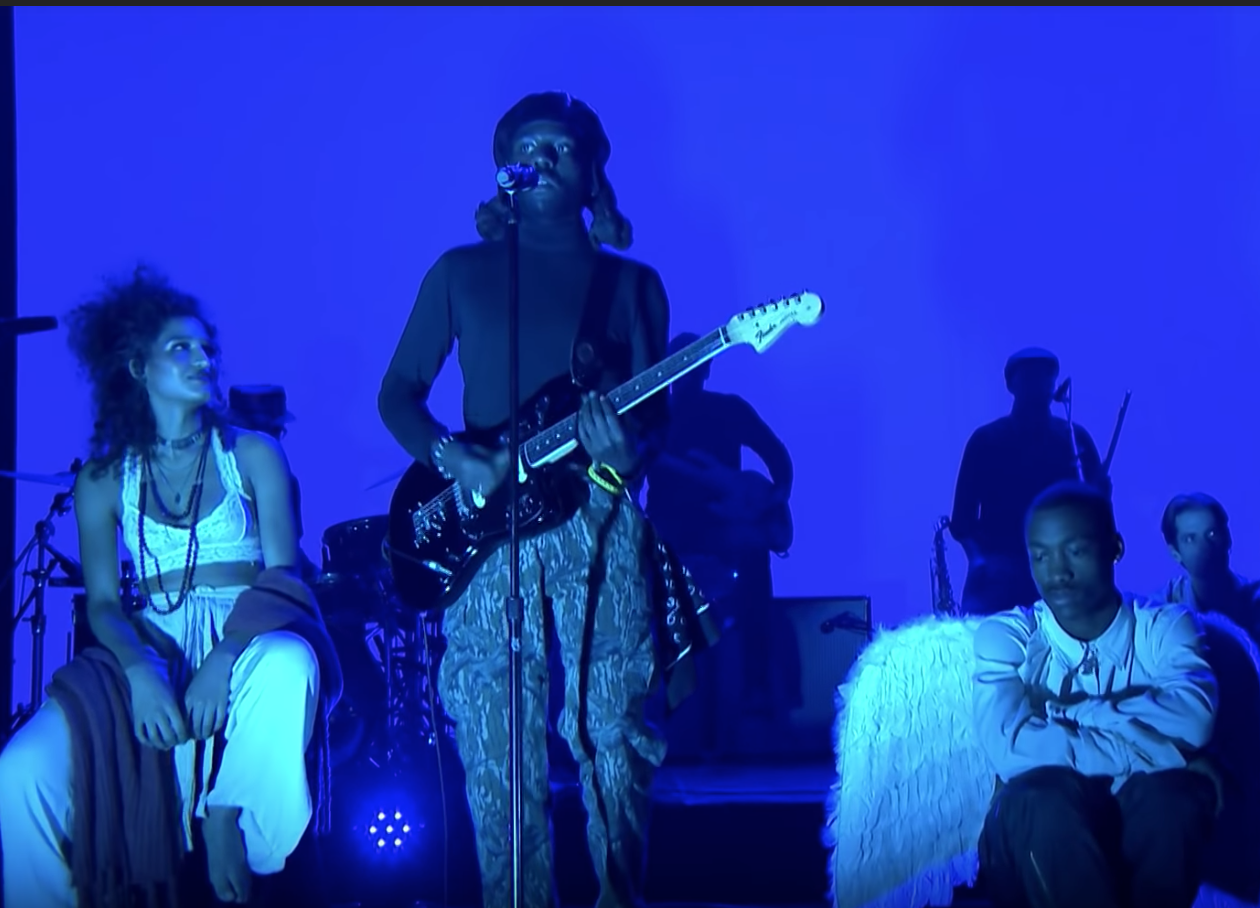 Blood Orange appeared on The Tonight Show Starring Jimmy Fallon last night to perform the Negro Swan highlight “Charcoal Baby.” During the performance, Dev Hynes was surrounded by seated friends as well as band members, only some of whom provided backing vocals. It’s fun to see how ably Hynes can take handle the song’s opening guitar riff while singing, but stick around for the performance’s real highlight: some incredible mellow flute and out sax interplay in the song’s second half. Hynes’s last late-night performance was in August, when he premiered the album single “Chewing Gum,” which features A$AP Rocky, on Jimmy Kimmel Live.

Today, Hynes also released a heavily revamped remix of the Negro Swan track “Smoke” helmed by Yves Tumor and featuring an appearance from Brooklyn R&B singer Ian Isaiah. On the new track, Hynes raps about the passing of Mac Miller in September. “I couldn’t even prepare for the loss/What could I do but cry,” he says. “RIP my boy Mac.” The two collaborated on “Self Care,” a single from Miller’s final album Swimming, which was released the month before his death.

Negro Swan was released in August. Watch the Fallon performance and listen to the “Smoke” remix below.