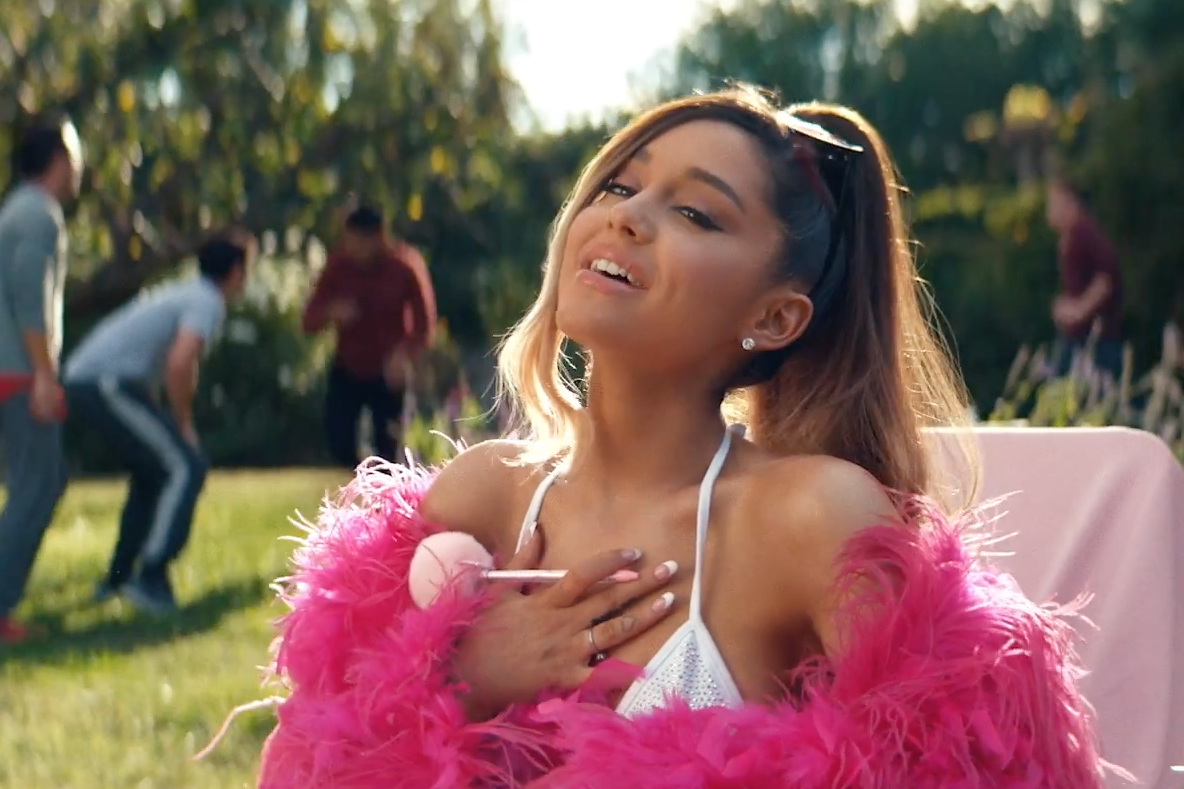 Following a flurry of teasers, Ariana Grande has released the video for her latest single “thank u, next.” Directed by frequent video collaborator Hannah Lux Davis, “thank u, next” pays tribute to classic sleepover movie fare like Mean Girls and 13 Going on 30. While the original song is just three and a half minutes, the video runs more than five, giving Grande lots of time to re-eact favorite scenes including the Mean Girls holiday pageant, Bring It On’s rival cheerleading squads, and the Legally Blonde “bend and snap.” Guest appearances include Troye Sivan, Kris Jenner, and Jennifer Coolidge.

Grande released “thank u, next” earlier this month, shortly after the dissolution of her engagement to Saturday Night Live’s Pete Davidson, and it’s currently the No. 1 song in the U.S. It finds her shouting out ex-boyfriends—among them Big Sean and the late Mac Miller—while stressing the importance of gratitude and self-love. (No burns in the “thank u, next” Burn Book, which also makes an appearance.)

Earlier this week, the 1975 performed a cover of “thank u, next” at BBC Radio 1’s Live Lounge.

Watch Ariana Grande’s new “thank u, next” video below.