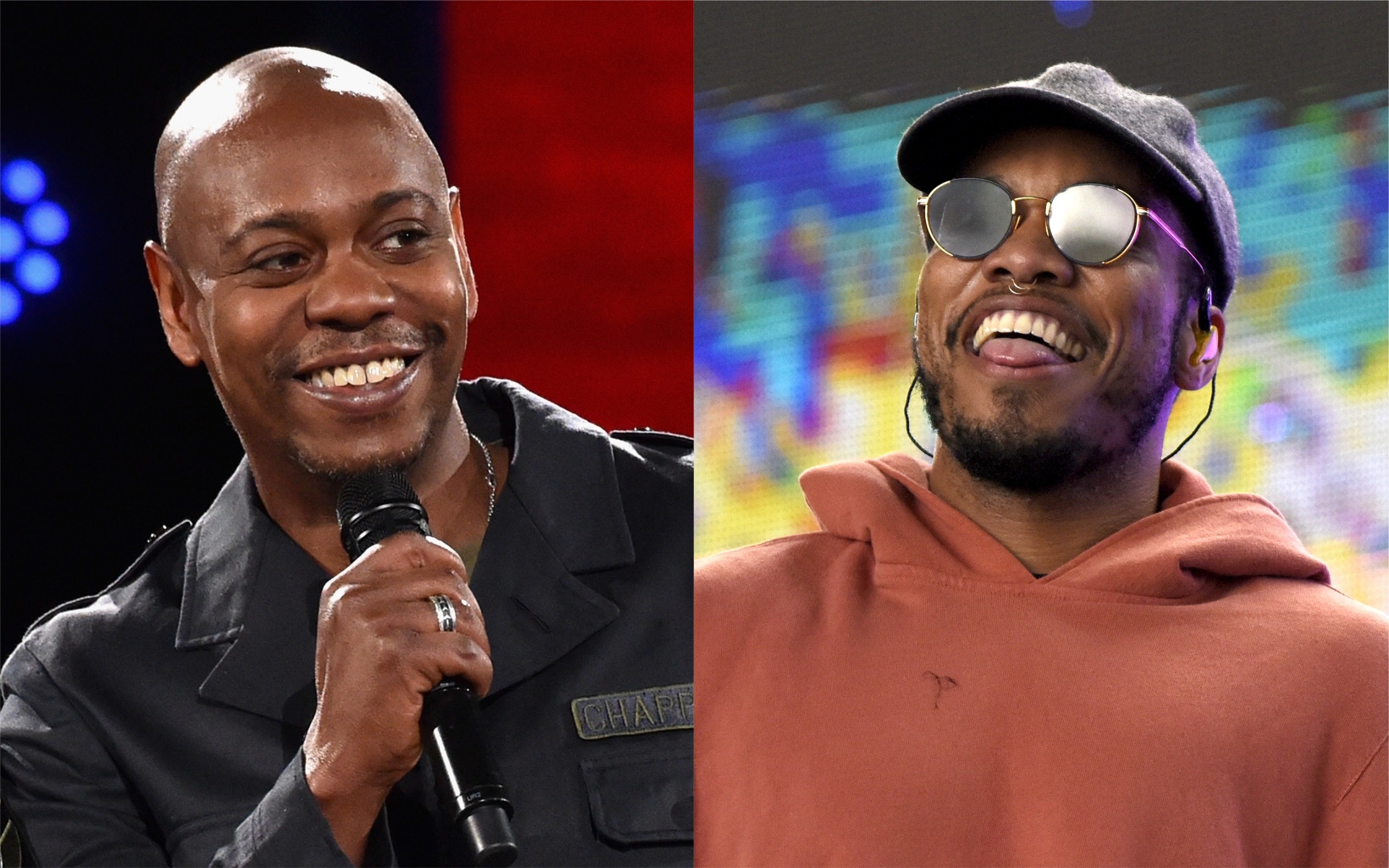 “It’s all the icons…like Q-Tip, me, we in Harlem, we doin’ it all together, but we standing together naked,” he said. “Just butt ass naked, no clothes, on some real shit.” Despite the allure of his offer, Chappelle seemed a little hesitant to respond with a definitive answer. “.Paak, I don’t know if I’m ready to be naked in front of everybody. I got 45-year-old dick. .Paak eventually let Chappelle in on the joke, ending the bit by asking if they can collaborate together some day.

Anderson .Paak’s upcoming, Dr. Dre-produced album Oxnard is set to arrive on November 16. In the buildup to its release, the rapper has released the songs “Who R U?” and “Tints” featuring Kendrick Lamar. He also released the single “Bubblin,” which won’t appear on the upcoming album. “Tints” also got its own video in October, which finds both .Paak and Kendrick showing off their acting chops in an intense storyline. Listen to the latest episode of .Paak’s Beats 1 radio show here. The Dave Chappelle prank call starts around the 51-minute mark.