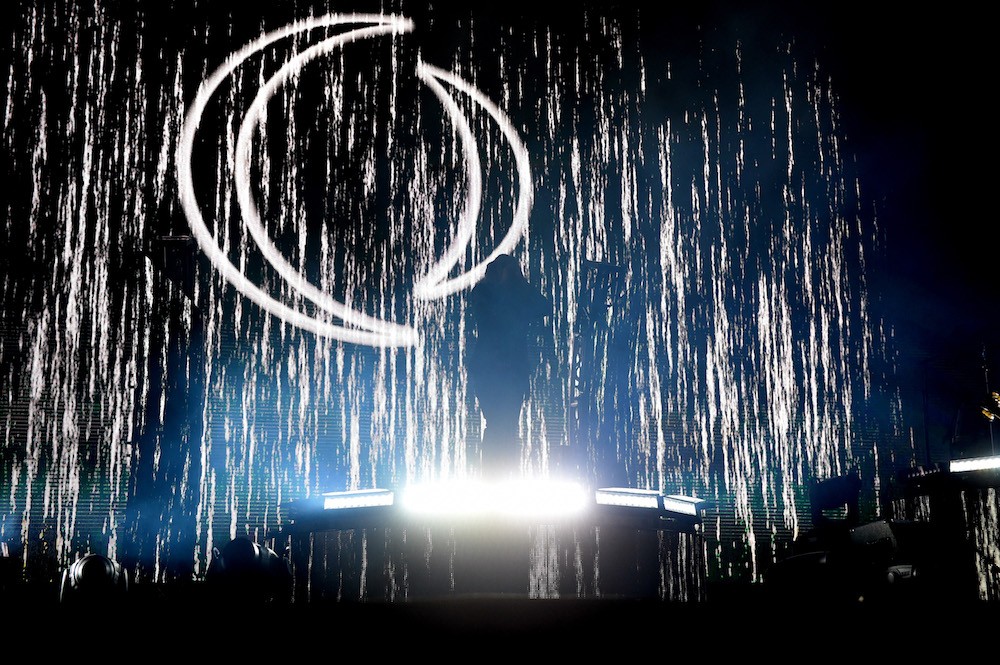 Maynard James Keenan’s A Perfect Circle have released a new video for “So Long, and Thanks for All the Fish,” a Hitchhiker’s Guide to the Galaxy-referencing track from their fourth album Eat the Elephant. The video plays up the cheeky contrast between the song’s upbeat tone and apocalyptic lyrical content, with black-and-white 1950s suburban scenes punctured by a series of unsettling digressions: a suicidal store clerk, an S&M grandpa, an ultimately a nuclear bomb.

“So Long, and Thanks for All the Fish” is the third Eat the Elephant single, following “The Doomed,” “Disillusioned,” and “TalkTalk,” and in June, the band released a 360-degree video for the album track “The Contrarian.” The band is currently on tour, playing three upcoming west coast dates in late November, and heading to Europe after that.

Keenan’s other band Tool have also been in the news on-and-off recently, touring and promising some long-awaited new music to arrive next year. “A lot of work’s being done,” the singer said about the prospect of a new Tool album during a speech at the Metal Hammer Golden Gods awards ceremony in June.

Watch the video for “So Long, and Thanks for All the Fish” below, and read Spin’s review of Eat the Elephant here.

Video: A Perfect Circle – “The Contrarian”