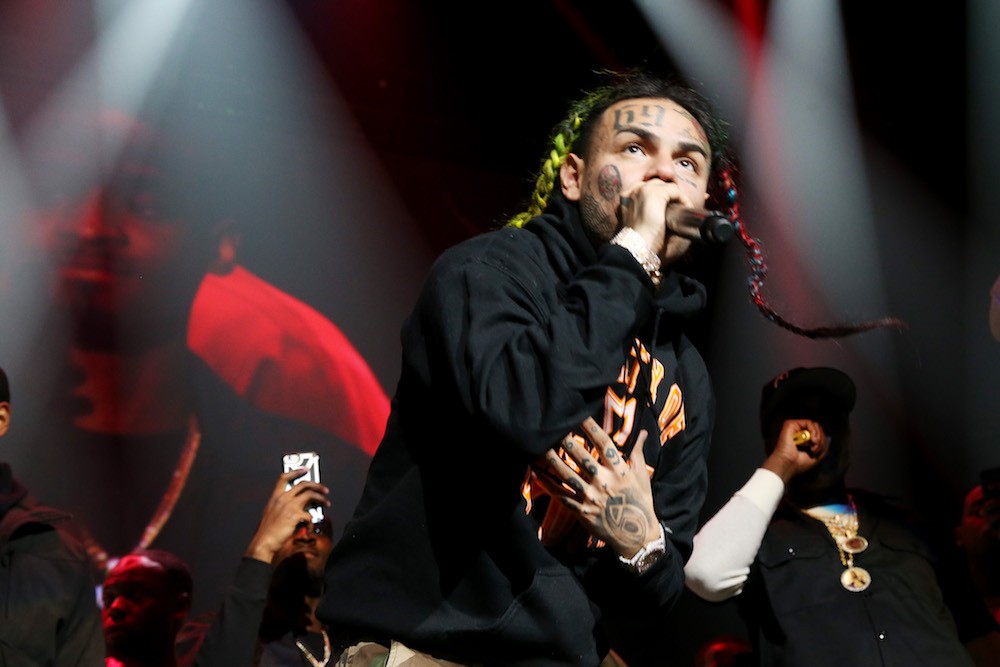 Shots were fired during a music video shoot in Beverly Hills featuring Kanye West, 6ix9ine, and Nicki Minaj, according to reports in TMZ and The Blast. No one was hurt during the incident. According to TMZ’s report, Kanye and 6ix9ine were on the scene, but Nicki had not yet arrived.

The shoot took place at a mansion rented by 6ix9ine’s crew, and was apparently for a video that will accompany one of the songs on his new album (presumably featuring the other two rappers) . Police told TMZ they received a call about the apparent drive-by at 10:25 on Thursday night, and that about eight shots were fired. One bullet went through the house’s window, but no one was hit. Kanye reportedly left immediately, and production on the video was stopped.

Nicki and 6ix9ine have previously collaborated on the monster hit “FEFE,” and Kanye has expressed his support for and appeared in a photo in the studio with the controversial New York rapper in the past. This is not the first time a scene involving 6ix9ine has been the site of violence. One of his security guards was shot at a New York restaurant in late October, and he was reportedly attacked and kidnapped by armed robbers in June. He is also reportedly being investigated in relation to an attempted shooting of Chief Keef in New York, also in June.