Winamp Is Returning (in a Fancy New Form) 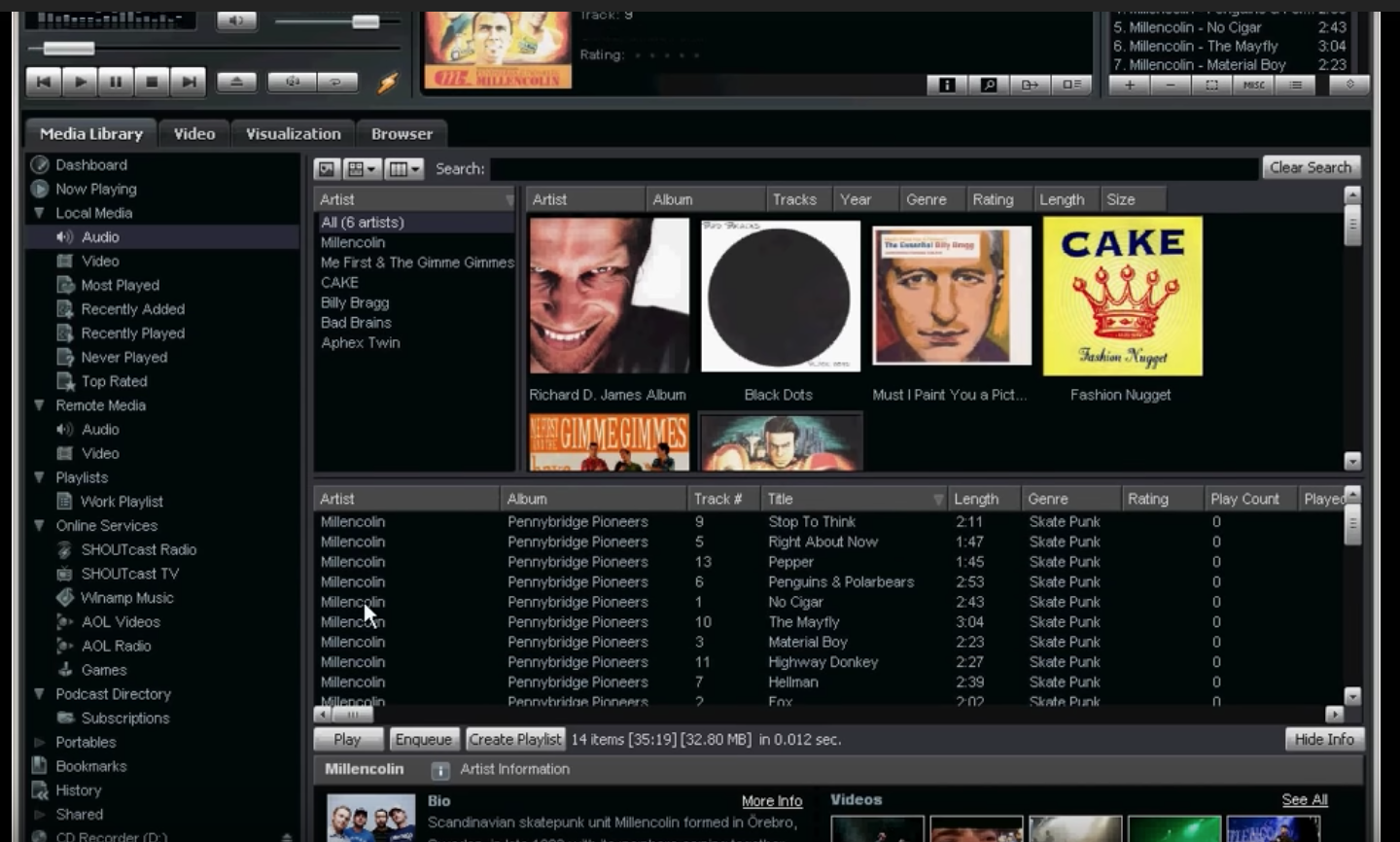 Music fans who came up in the Napster era will be pleased and/or surprised to learn that Winamp, the once-beloved turn-of-the-2000s MP3 player, is set for a major revamp. Though AOL more or less shut it down in 2013, Winamp has remained usable through this time. However, the player is returning in a new, state-of-the-art form next year. As TechCrunch reports, the new Winamp will serve as a “platform-agnostic” interface which provides a single location to play music from both users’ file-based music libraries and from streaming services. There will also be functionality to access podcasts, online radio stations, and other services.

No word yet on whether retooled versions of the Limp Bizkit and Eminem-themed skin packs of some millennials’ youths will be available for download. Quoth Alexandre Saboundjian, the CEO of Winamp’s parent company Radionomy, in a statement: “There will be a completely new version next year, with the legacy of Winamp but a more complete listening experience…People want one single experience. I think Winamp is the perfect player to bring that to everybody. And we want people to have it on every device.”

“Winamp users really are everywhere. It’s a huge number,” he continued. “We have a really strong and important community. But everybody ‘knows’ that Winamp is dead, that we don’t work on it any more. This is not the case.”