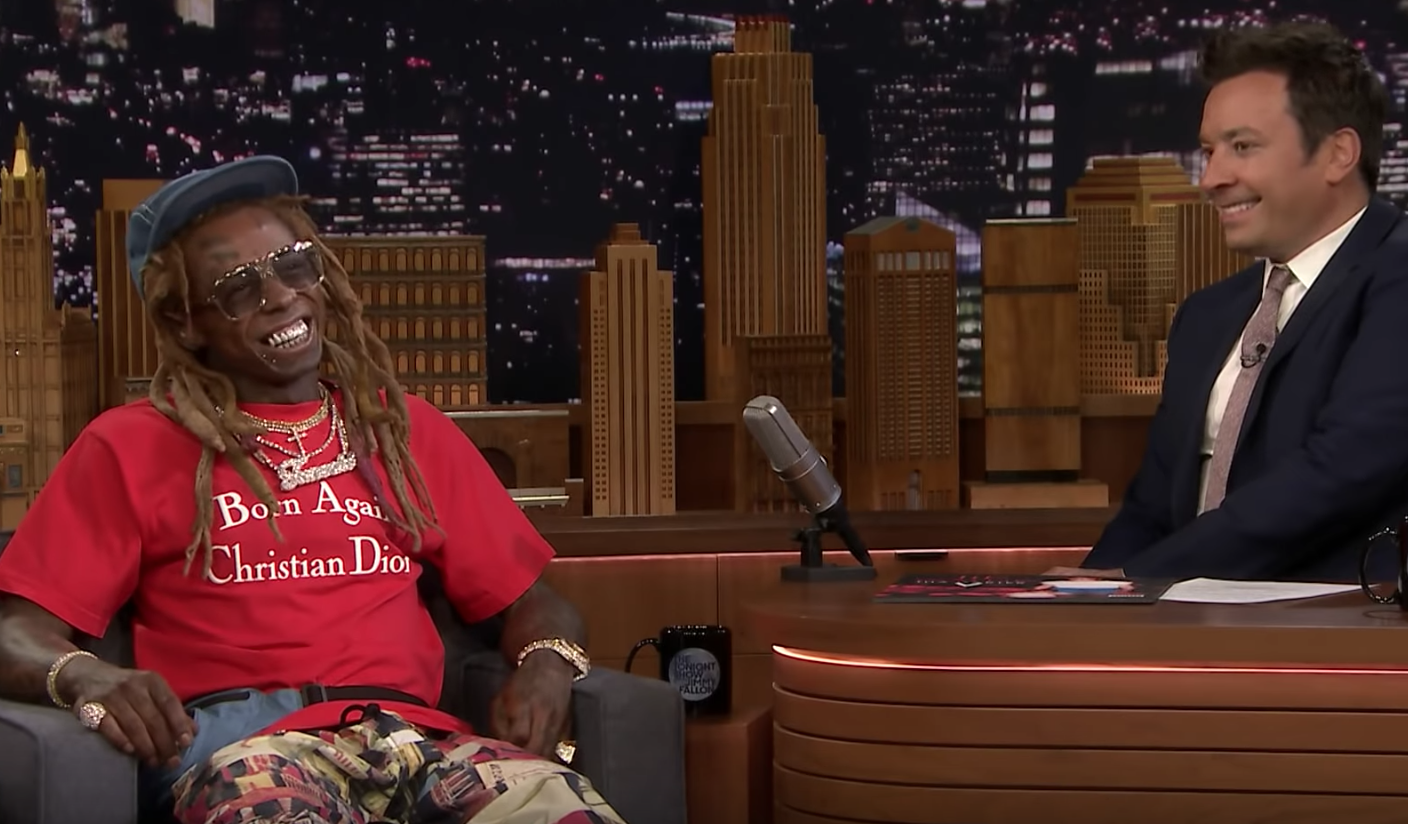 Lil Wayne was the musical guest on The Tonight Show Starring Jimmy Fallon last night. Celebrating the release of his new album Tha Carter V, Wayne performed one of its highlights, “Dedicate,” with the Roots as backup band. Among other things, the performance showcased Wayne’s staggering breath control, prior to what seemed to be a momentary lapse of memory, lyrics-wise, is the second.

In his interview with Fallon, the rapper shed some light on why that flub might have occurred. He discussed his music-making process, which involves no “songwriting”: “I just go in there, what I was feeling that day is how it goes,” he explains. Wayne then admits that Fallon’s staff printed up the lyrics to “Dedicate” so he could remember what he rapped on the recording. Fallon confirmed Wayne’s account by showing a picture of the rapper in rehearsal, reading off a piece of paper.

In the talk, Wayne also discussed his love of skateboarding as a way of “focusing” on something else outside of his music. He shied away from discussing the circumstances behind the years-delayed release of Tha Carter V, mostly just chalking it up to “business.” Watch the funny and charming interview, and Wayne’s performance of “Dedicate,” below.