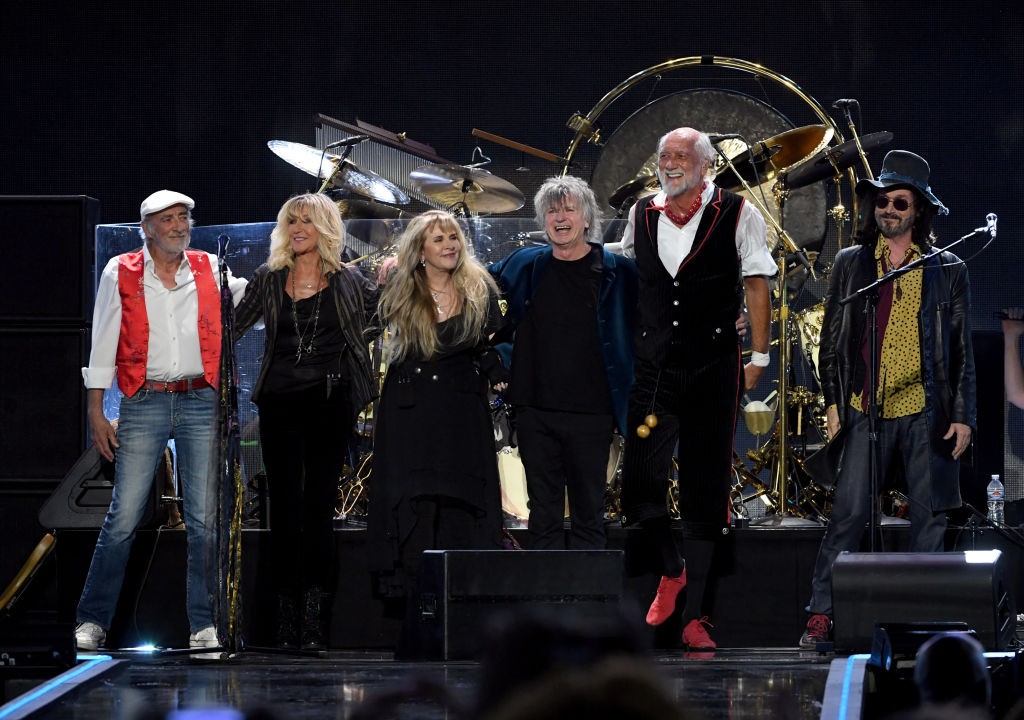 The new Lindsey-Buckingham-less Fleetwood Mac lineup just began their series of North American dates with a show in Tulsa, and set the precedent for what fans might expect from the upcoming shows. Buckingham, who left the band seemingly acrimoniously, was replaced in the band by not one, but two new members: Mike Campbell of Tom Petty and the Heartbreakers and Neil Finn of Crowded House and Split Enz.

In addition to running through some unusual Mac selections (including the pre-Lindsay-and-Stevie “Black Magic Woman), it seems like the 2018 Mac is conceding to Finn and Campbell’s independent contributions to music by covering a few of their songs. The most audacious choice at the band’s tour opener was Petty’s “Free Fallin,'” on which Campbell sang backing vocals during Heartbreakers shows. Stevie Nicks took over additional vocal duties, and supposedly was the one who requested that the band perform the song, despite some initial hesitation from Campbell.

The band also performed Crowded House’s “Don’t Dream It’s Over,” i.e. the main Crowded House song people know who don’t listen in Australia and the UK. For the deep heads, the Mac also allegedly ran through the excellent 1980 Split Enz hit “I Got You.”

Meanwhile, Lindsey Buckingham is gearing up to begin his own solo tour this weekend. On Friday, he will release a 3-disc collection called Solo Anthology which spans his entire solo oeuvre and features two brand-new songs. Watch footage of Fleetwood Mac’s live covers from last night below, courtesy of Stereogum:

Crowded House Return With New Single From First Album Since 2010