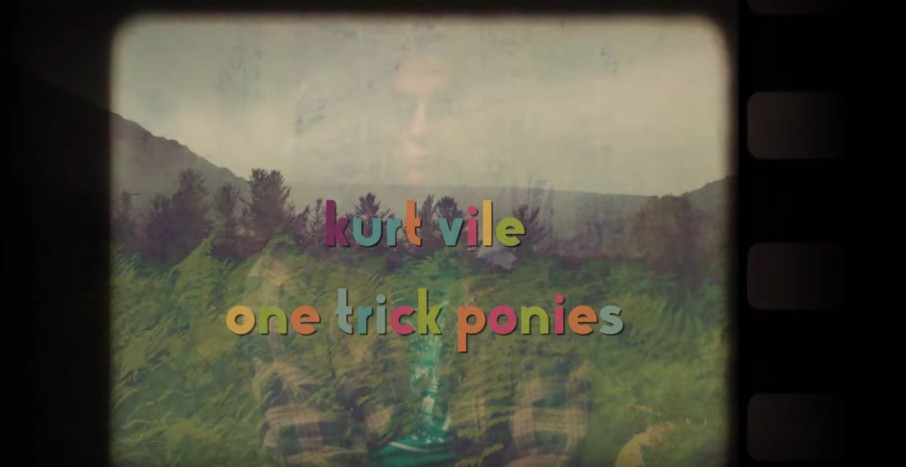 Philly psych-rocker Kurt Vile has released “One Trick Ponies,” the third single off his upcoming album Bottle It In, along with an accompanying video. The song follows previous singles “Loading Zones” and “Bassackwards.” “Ah shit” Vile says at the beginning of the video as layered lo-fi visuals welcome you into a forest where the singer is seen taking it all in. The song’s colorful lyrics are subtitled throughout the video so you can follow Vile’s stream-of-consciousness on love.

Bottle It In is out October 12 via Matador. It follows 2015’s solo album b’lieve i’m going down and last year’s collaboration with Courtney Barnett Lotta Sea Lice. Vile announced the album earlier this year with political yard signs reading “Vile ’18.” He’s set to begin the European leg of his world tour later this month in Denmark then make his way back to the states in late November; full dates are available here. Watch the video for “One Trick Ponies” below.