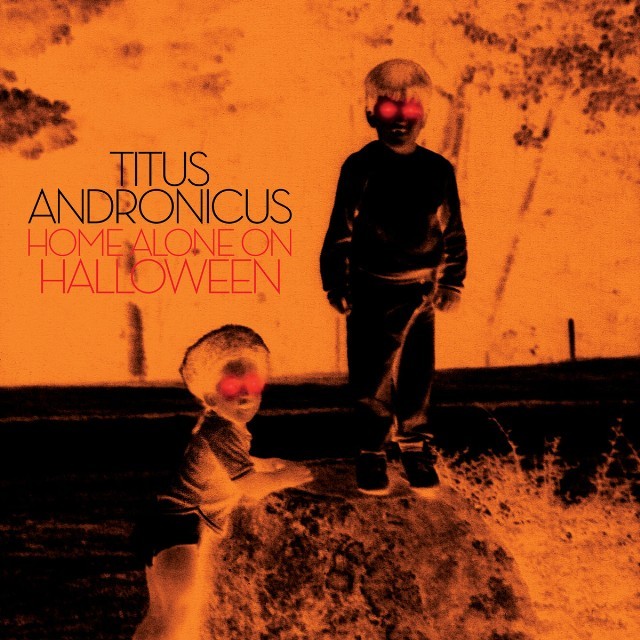 Titus Andronicus are ringing in October by dropping a surprise EP titled Home Alone on Halloween. The new record kicks off with a delightfully silly nine-minute jam featuring Matt “Money” Miller’s commanding baritone. That’s followed by “Only a Hobo,” a Bob Dylan cover performed with frontman Patrick Stickles’s familiar rasp. The EP then concludes with the sprawling and raucous 16-minute track “A Letter Home.”

Titus Andronicus fans will no doubt recognize the spooky cover art from their most recent album A Productive Cough, which came out came out in March. Except now, the sweet kids on the cover art have been given an orange makeover with glowing Village of the Damned-style eyes. Festive! The New York by way of Jersey punks also recently released the A Reductive Scoff mixtape featuring outtakes and other odds and ends from their last album. The band is also set to kick off the North American leg of its current tour on October 12.

While the album is available on streaming platforms, Titus Andronicus also released a limited pressing of the EP on seasonally appropriate orange vinyl, which can be purchased here.