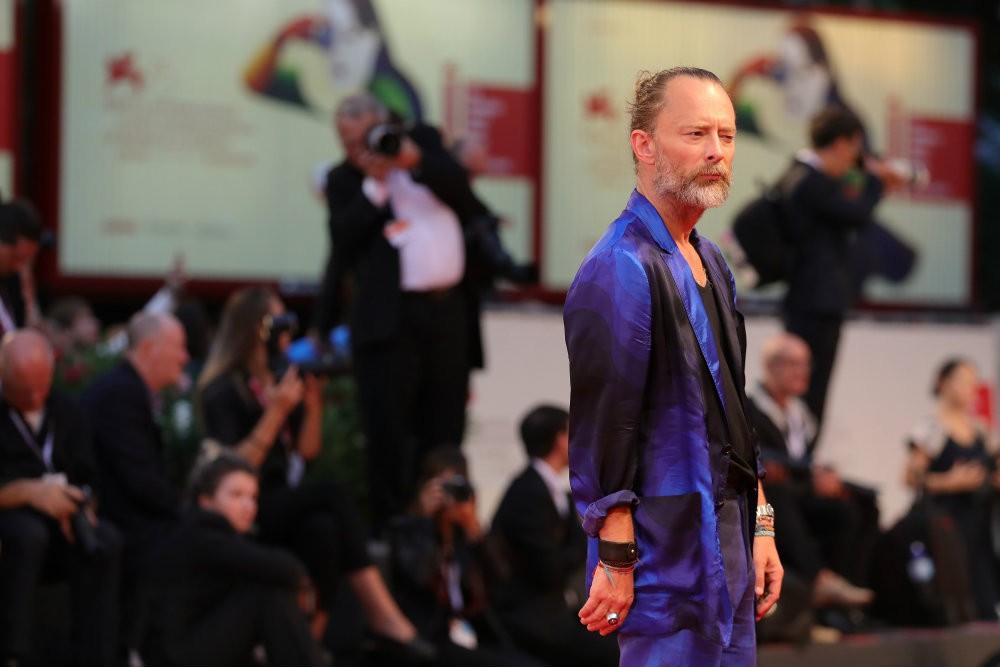 Radiohead frontman Thom Yorke recently gave an interview to the Spanish newspaper El Mundo during which he teased a forthcoming “political” solo record, which would be his first since 2014’s Tomorrow’s Modern Boxes. According to an excerpt translated by Spin, Yorke admits that that he “had no desire to make music too political, but everything I do does anyway.”

“I’m trying to finish an album with Nigel [Godrick, his producer for more than 20 years] and it’s in that vein. It’s something that’s always there,” Yorke told El Mundo. “It’s very electronic but different from anything I’ve done up to now. The method has been the opposite of depending on a computer. It’s a strange process when we make a song in the studio, we break it down after, we rebuild it with a direct mix and it comes out different again, then that’s what we record. We’ve improvised a lot of sounds and effects. It’s been a very weird way of making an album, which is very exciting.”

When asked if “music can provoke a reaction in people,” Yorke replied, “Yes, when they listen to Kanye West” before apparently bursting into laughter.

His laugh lasts at least ten seconds in between malicious murmurs. Yorke finally says he doesn’t want to delve into his sarcasm towards the U.S. producer and rapper who last week went to visit Donald Trump in the Oval Office. He also can’t decide about the actual question. He responds quickly: “No. Yes. No. I don’t know.” And finally he responds wrapped in a moderated optimism that yes. “All art forms provoke a reaction. A couple of months ago Radiohead went to the U.S to play some huge concerts where we played ‘No Surprises,’ which is the least aggressive song in the universe. In it we sing “Bring down the government/ They don’t, they don’t speak for us” that never had a political theme, and the people started yelling and crying with emotion. I don’t know, sometimes you think there’s an absolute sensation of indignation but in the end no one moves a finger.”