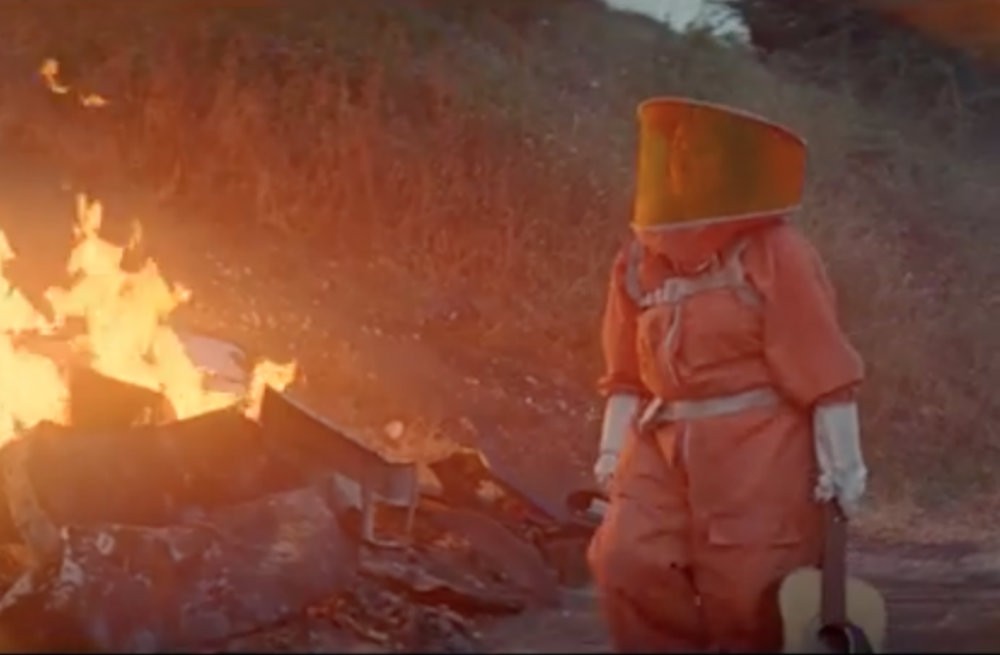 The Breeders enlisted Richard Ayoade of The IT Crowd/Nathan Barley fame to direct the video for the track “Spacewoman” off the band’s delightful 2018 album All Nerve. The video features the band as astronauts who have crashed on a planet that looks a hell of a lot like Earth.

The clip shows Kim Deal wandering away from the wreckage outfitted in a pink spacesuit and holding an acoustic guitar. Eventually, she’s reunited with sister Kelley Deal and walks through an incandescent portal to another world that also looks like Earth. One of the highlights include drummer Jim Macpherson crawling through the crash debris while pushing and playing a single snare drum. His effort is impressive. Things look especially grim for Josephine Wiggs, who is seen limply hanging from a tree, with all the straps from her spacewoman getup tangled in the branches. The sci-fi inspired clip was initially an Apple Music exclusive, but has been since been posted on YouTube.

In addition to the new album, The Breeders also reissued their first four albums on vinyl in May. The band is currently on a tour of North America, which culminates in Columbus, Ohio on Halloween. Perhaps they’ll perform in their astronaut outfits? One can hope.