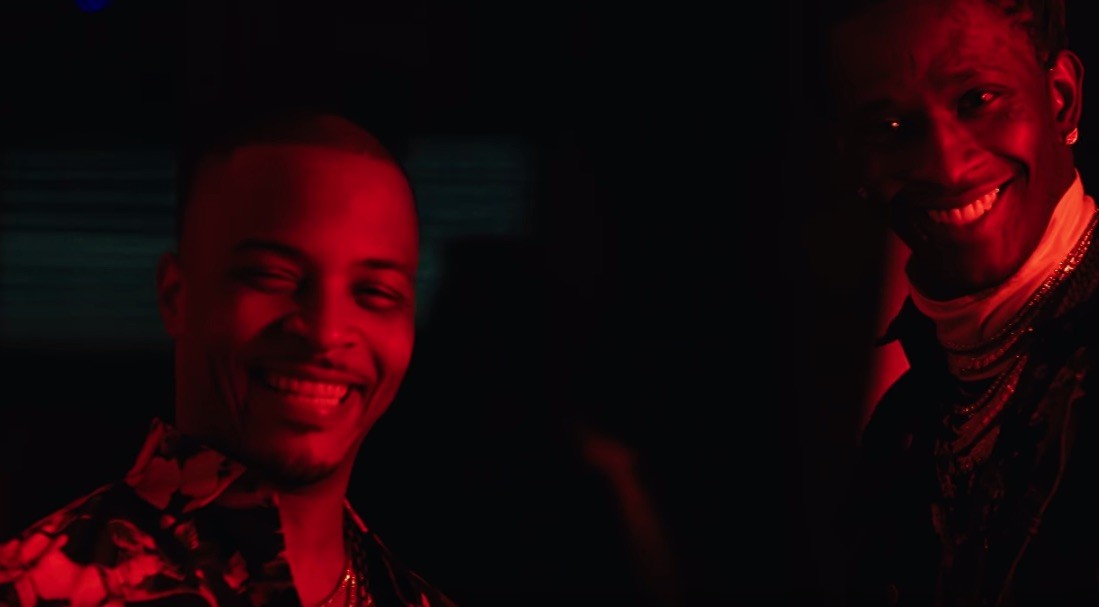 Fresh from unveiling a questionable clip featuring a Melania Trump lookalike doing a striptease in the oval office, T.I. has a new video to share. This time around it’s for his Young Thug-collaboration “The Weekend,” off of his recently released album Dime Trap. In the video, directed by Kid Art, T.I. and Thug show off their acting chops at a raucous, red light-flooded house party full of women. A group of those women though have other plans besides partying with the rappers, and instead rob everyone in the house before overplaying their hand and pulling a gun on T.I. and Young Thug.

“The Weekend” is the second single to come from Dime Trap, with the first one being “Jefe” featuring Meek Mill. Dime Trap is available on streaming services now. Young Thug released his On The Rvn EP last month. Watch the video for “The Weekend” below.