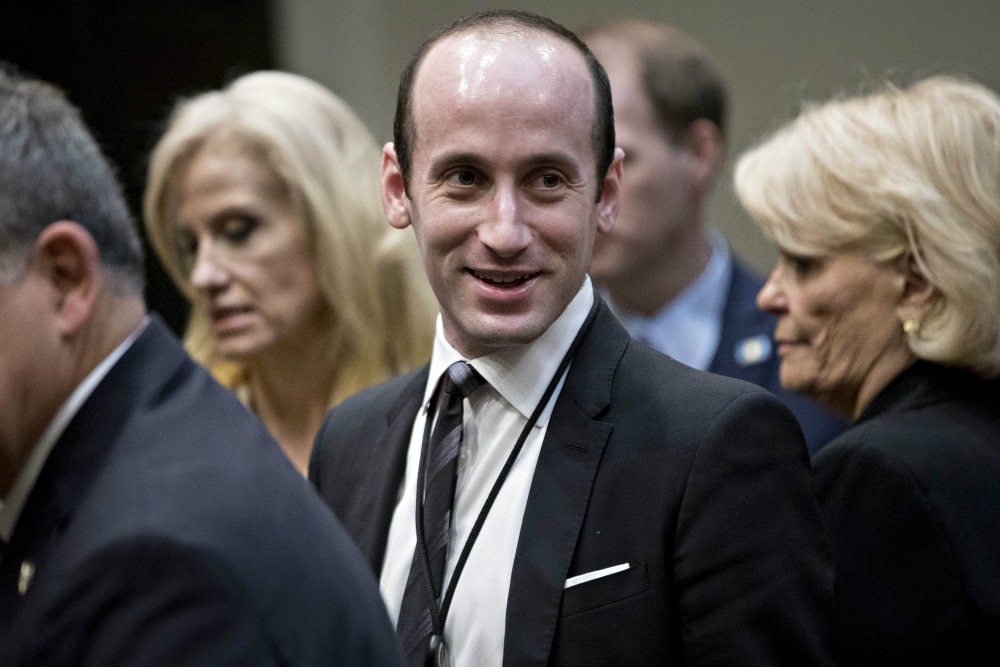 Nikki Fiske, the elementary school teacher who recently revealed that White House senior adviser Stephen Miller was “a strange dude” when she taught him in the early ’90s, has been placed on “home assignment,” the Los Angeles Times reports. Earlier this week, The Hollywood Reporter published a brief interview with Fiske about what it was like to have a young Miller in her third grade class at Santa Monica’s Franklin Elementary School during the 1993-94 school year. According to Fiske, he was a weird loner who “would pour the glue on his arm, let it dry, peel it off and then eat it.”

The Santa Monica-Malibu Unified School District has suspended the 72-year-old until they decide on a course of action, if any. School administrators are understandably concerned about “about her release of student information, including allegations that the release may not have complied with applicable laws and district policies,” according to school district spokeswoman Gail Pinsker.

School district officials aren’t the only ones with concerns. In a Washington Examiner op-ed, writer Becket Adams excoriated Fiske by asking, “What kind of teacher goes to an entertainment newspaper with gossip about an 8-year-old boy? Hell, forget that she’s a teacher. What kind of human being does that?”

Considering that the 8-year-old boy in question is now an architect of hardline anti-immigration policies that inflict lifelong trauma on thousands of vulnerable children, maybe critics of Fiske should consider prioritizing their outrage.  Fiske is just one of a long line of people—including former classmates, an uncle, and a childhood rabbi—from Miller’s past who have emerged to light his ass up. He just seems to provoke that kind of response from people. Perhaps it’s because he’s a hard right wing ideologue who an outside Trump adviser told Vanity Fair was “Waffen-SS.”

“Stephen actually enjoys seeing those pictures at the border,” the adviser said, regarding photos of migrant children in cages after being separated from their families at the border. “He’s a twisted guy, the way he was raised and picked on. There’s always been a way he’s gone about this.”

Compared to that, an old teacher telling one or two off color anecdotes about his grade school days feels like a minor footnote in Miller’s origin story.

Stephen Miller’s Hair Is Back to Normal Today