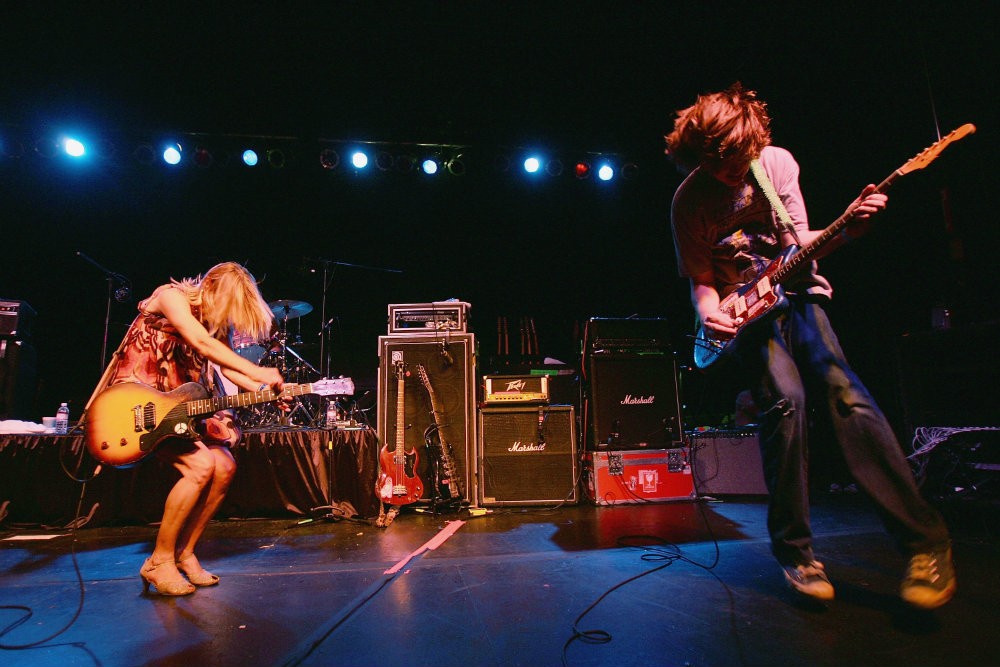 Sonic Youth are celebrating the 30th anniversary of their classic 1988 album Daydream Nation with a mini-film festival in Portland on October 20 at the Hollywood Theatre.  The event features three films and other “unseen gems from the band’s archives,” per a statement.

Lance Bangs will be presenting portions of his new concert film  Daydream Nation, which documents the 2007 Glasgow show where the band performed the album in its entirety with footage from his archive interspersed. Charles Atlas’s newly restored 1989 doc on the downtown New York art and music scene, Put Blood in the Music, will be screened, as well as On Rust, which features the band’s early performances on Dutch TV.

Steve Shelley and Sonic Youth archivist Aaron Mullan are billed as appearing “in conversation” with Bangs.

“Sonic Youth performed Daydream Nation in its entirety less than 20 times during a 2007 tour, often at festivals or outdoor venues,” reads a statement on the Hollywood Theatre’s site. “This document captures one of the few indoor club performances; a setting SY member Thurston Moore always claimed was the type of venue for which the songs were written.”

Check out the trailer for Bangs’s film below.