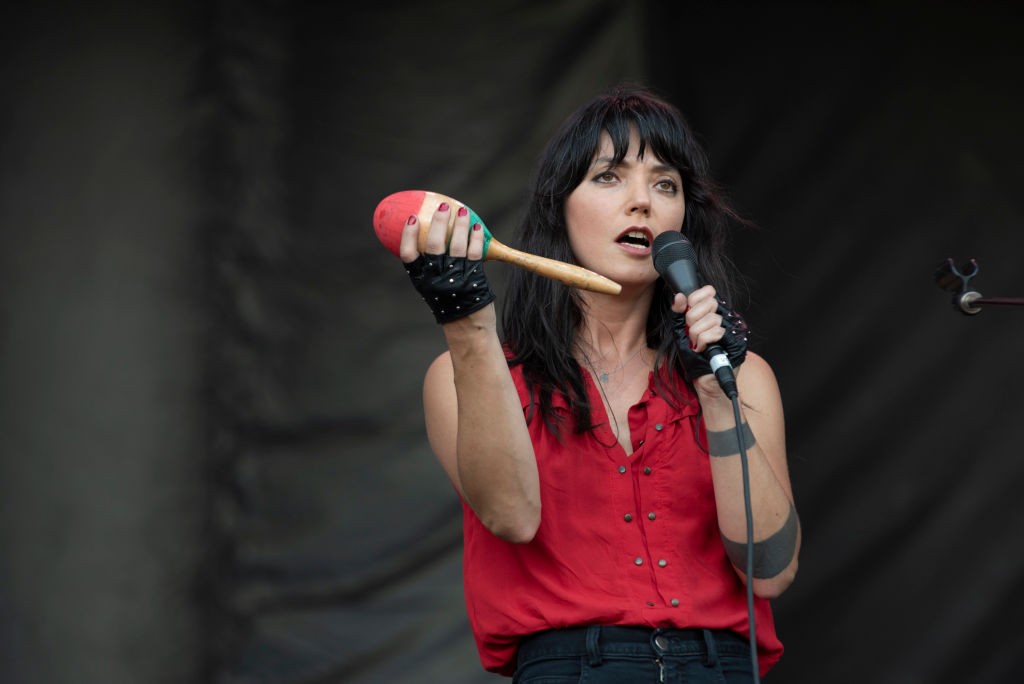 Sharon Van Etten’s new music video for “Comeback Kid” offers a peak into the indie rock singer’s past and insight into her current fierceness. With her feet planted in a strong stance and her eyes glaring down the camera headfirst, Van Etten asserts herself while pictures of her in earlier stages of her career and life flash behind her on a projector.

“As the lyrics for “Comeback Kid” unfolded, I realized I was talking about many selves: the kid, the adult, the sibling, the friend, the neighbor,” Van Etten said in a statement. “I imagined a projector streaming over me of memories, unclear if they are mine or someone else’s, confronted by the disorientation of time and perspective. Jonathan William Turner helped me to convey these struggles of self, forgiveness, and living in the now.”

Van Etten released “Comeback Kid” as a single earlier this this month. Her upcoming LP Remind Me Tomorrow, which follows her 2014 album Are We There, will be available January 18 via Jagjaguwar Records.