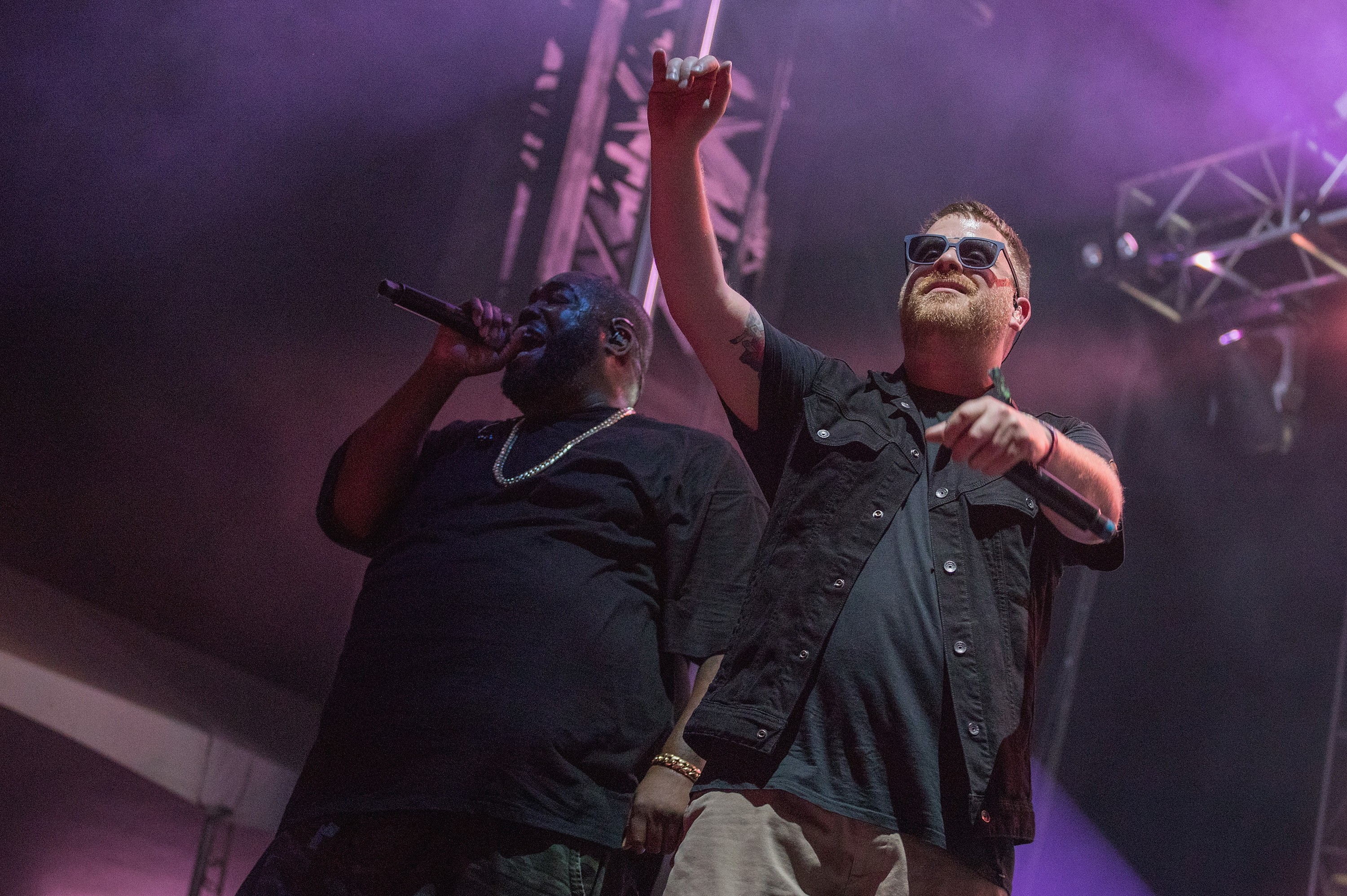 Marvel’s new Venom movie hit theaters in the US this weekend and with it came a new song from Run The Jewels as part of the film’s soundtrack. In a new post on their official website, the duo announced that the track would appear after the film’s credits.

“Headed to Venom this weekend??” the wrote online. “Well if so,, put your pistols and fists up in the air because RTJ is headed back to the Marvel Universe! Make sure you stick around for the post credits to hear our latest banger, ‘Let’s Go (The Royal We).'”

Both rappers are known comic book fans, and the duo have collaborated on multiple comic book covers with Marvel. In 2015, Killer Mike wrote the introduction to Marvel’s The Hip-Hop Covers comic book, which depicted visual reimaginings of 14 iconic rap covers with characters from the Marvel Universe. “Let’s Go (The Royal We)” will be released this Friday, October 12 through official channels.

Eminem recently released the video for his Kamikaze track “Venom,” which is also included on the soundtrack. The film’s official soundtrack, which was released this Friday, was led by Black Panther composer and longtime Childish Gambino collaborator Ludwig Goransson. Run The Jewels’ latest album RTJ3 was released in 2016.

Seeing @venommovie tonight? Strongly recommend you stay for the post credits. Throw a in the comments if you did. via @daylightcurfew