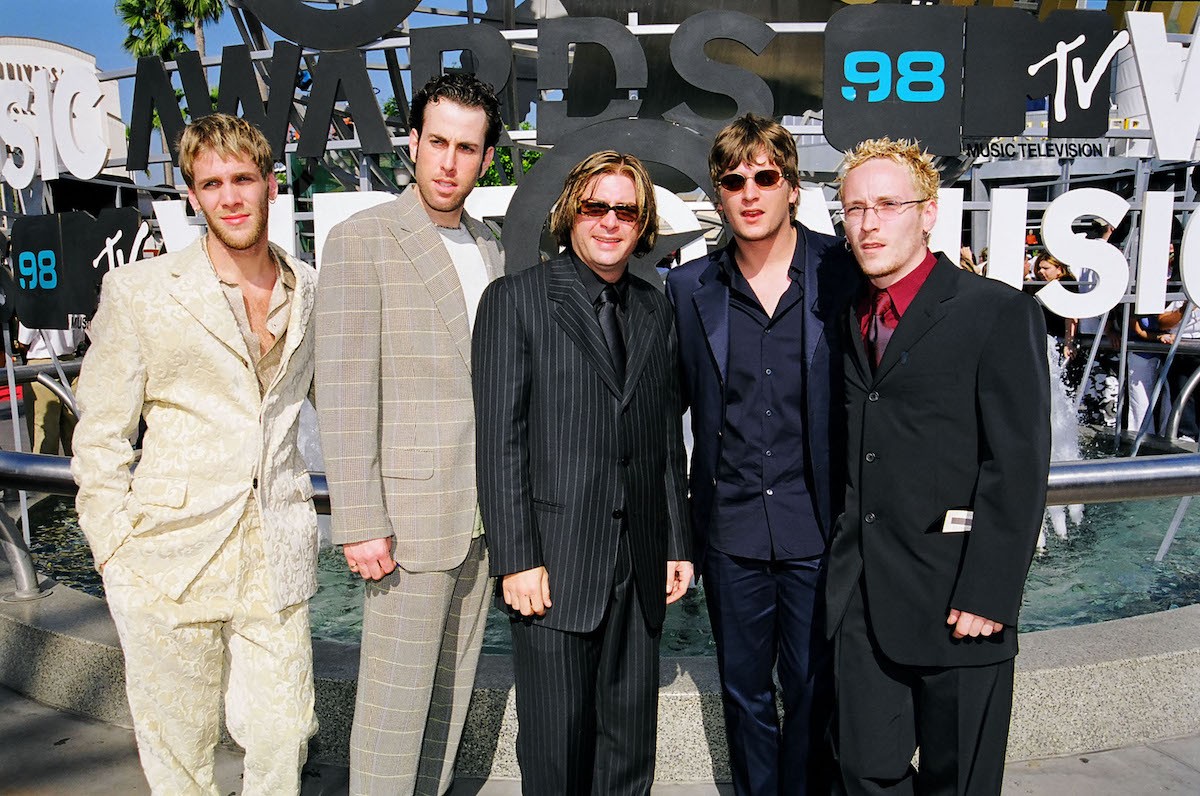 This interview was originally published in the January 1999 issue of Spin. On the occasion of our list of the best alt-rock songs of 1998, we’re republishing it here.

In a year that saw a Who’s Who of alt-rock supadupastars release Titanically expensive, relentlessly promoted albums, the unassuming South Florida quintet known as Matchbox 20 pulled off the crafty feat of outselling them all, and handily, too. Spawning four hit singles, including “Push” and “3 am,” Yourself or Someone Like You climbed to sales of nearly eight million, making singer Rob Thomas, guitarists Kyle Cook and Adam Gaynor, bassist Brian Yale, and drummer Paul Doucette the most stupid-huge band around. Cornered during an atypically leisurely week of r&r in New York, Thomas is typically self-deprecating when describing the band’s success: “We’re just five lucky fucks who live on a bus.”

Spin: When you were recording the album, did you have any inkling it would do as well as it has?

Rob Thomas: We just wanted it to go gold so we’d be able to make another one. When it went platinum, we thought, We are the shit. At three-times platinum, we were like, We’re really the shit. At five, we thought, Okay, we’re good. Then it hit seven and we were like, What the fuck? We’re not that good. If we sell more, it’s gonna be like, We suck, man.

Well, the critics seem to think so.

If I can get eight million fans to like my record, I will shoot 30 critics and not think twice. [Laughs]

We have a theory about Matchbox 20 at Spin.

Well, we had all these love songs, and we said, “We’re gonna put distortion on all of ‘em so the guys like it too. Oh, and Rob? Could you growl a little?”
[Laughs]

So the music is as calculated as people think!

Of course it is! No, not really.

Which bands do you consider to be your peers?

I love R.E.M., U2, Dave Matthews. People who are about writing songs. But I don’t want to say they’re my peers and have them open up Spin and go, “Fuck him! I don’t do what he does.” So I’d have to say bands who are on the road, playing every night. In a way, the Backstreet Boys are our peers because they’re putting their ass into it, working all the time.s

Who would win in a Celebrity Death Match: Matchbox 20 or the Backstreet Boys?

Those guys dance around a lot, so they’ve gotta be pretty, um, healthy. But we’d take ‘em.

Have you heard ‘N Sync?

No, but I’ve met them. They’re from Florida. They came up to me at [trendy New York nightspot] Moomba, saying, “Hey, homie, you kickin’ it in the hotel?” I didn’t know who they were. They wear big chains that say ‘N SYNC.

Maybe you guys should get medallions.

We should make everyone at the record company wear big fat ones that say MATCHBOX. Our whole next record is going to be mad, phat rhymes, kickin’ hip-hop grooves. It’ll be exactly the same record. We’re just gonna rap it.

What are your fans’ most frequently asked questions?

What’s the significance of the camel in the video for “Real World”?

None. We wanted an armadillo, but we couldn’t get an armadillo in a bowling alley because its feet couldn’t get through the gutters. So we got a camel. While I was sitting around waiting, it would come over and put its head on my head. It had a little crush on me.

When you first started out, more people knew your song “Push” than knew your face. Has that changed?

I think so, but the best was watching Rock’n’Roll Jeopardy on VH1. They showed a video—it was Third Eye Blind—and the question was, “Guess this band.” The first guy beeps in and yells, “Matchbox 20!” That sucked on its own. Then the host goes, “No. But close.” And I’m like, “Oh, I’m gonna fucking rip your head off!”

No, and I don’t care who knows it. [Stephan Jenkins] made fun of me—called me a fat guy. Screw you! He has no soul whatsoever.

He and his band got into a fight once because he wanted to put just his picture on their T-shirt. I just think, You are walking, breathing, living cheese!

Well, they didn’t sell as many albums as you. That’s got to feel good.

Yeah. He’s a good arch-enemy. It reminds me that I don’t want to be someone people meet and think is entirely self-centered.

How did you like the MTV Video Music Awards?

Rob Thomas Shares His ‘Songs for the Socially Distant’ Playlist

Please, for the Love of God, Make SMOOTHcon 2016 a Reality