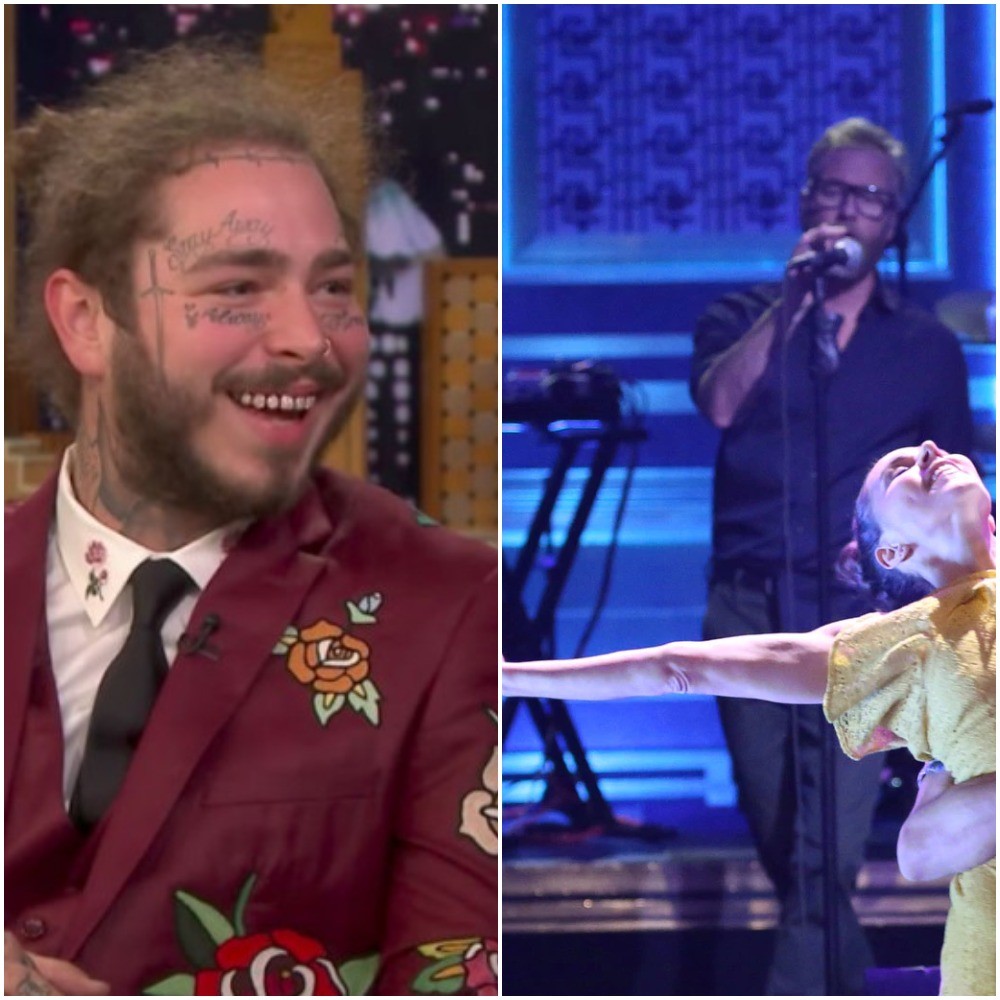 Last night, Post Malone put on his best flowery suit to sit down with Jimmy Fallon and talk about his inaugural Posty Fest in Dallas, about which the “Psycho” singer doesn’t really know the details. Malone also talked about his upcoming New Years show Brooklyn, his tattoo cold war with Justin Bieber, and invited Fallon to the Olive Garden where he likes to celebrate all of his milestones. He also previewed his new song “Sunflower” from the forthcoming animated film, Spiderman: Into the Spider-Verse. He proved to be quite a charismatic and chill guest, charming both Fallon and the audience.

While Post was not the musical guest for the night, The Tonight Show booked the perfect pairing by getting The National to play. For their part, the band decided to have a little fun and re-enacted their video for “Dark Side of The Gym.” The group performed alongside two ballet dancers: Justin Peck, who also choreographed the video, and Patricia Delgado, who starred in it. They played the background while the recital was the main focal point, which was ann interesting way to bring life to a typically staid late night production. Watch the Post Malone interview and The National’s performance below.