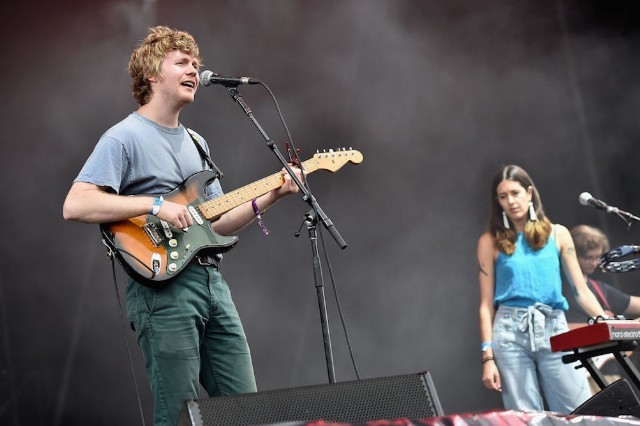 In addition to self-releasing a new album, Skylight, Pinegrove are returning from hiatus to play a handful of tour dates beginning in late November. The band initially canceled a tour last November after frontman Evan Stephans Hall posted a statement to Facebook responding to allegations of “sexual coercion” from an unnamed woman. According to an interview in Pitchfork, Hall and the woman worked out a private agreement via a mediator where the band took a year off from touring and Hall underwent therapy.

“We wanted to honor that,” Hall told Pitchfork. “She recognized that we’ve honored it, and has since approved our plan to release an album and play some shows later on this year.”

Pinegrove sent a newsletter to fans promising to donate “a portion of profits from each ticket sale to Planned Parenthood.”

“The safety of our fans is a priority and we wanna emphasize our commitment to making sure everyone is as comfortable as possible at our shows,” reads a statement from the band. “With that in mind, we’ll be partnering with organizations and volunteers trained in active bystander intervention in each city. More details on that to come.”

Tour dates are below: