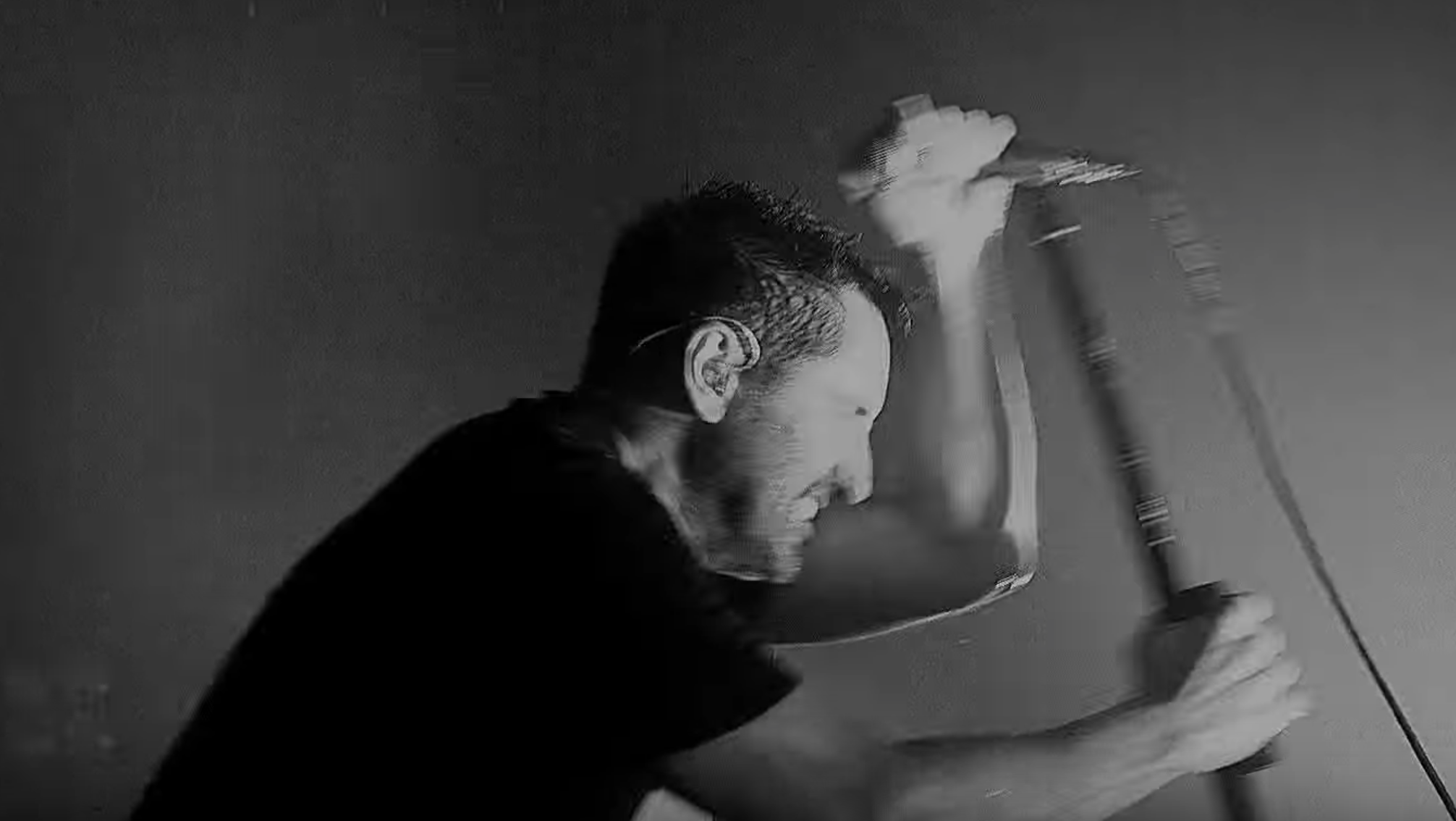 Nine Inch Nails have released a new immersive live video from their ongoing Cold and Black and Infinite North American tour. Directed by Brook Linder, the clip takes viewers on stage with NIN, in an exceptionally herky-jerky, up-close-and-personal kind of way. In the video, Trent and the gang deliver a punishing, wildly overdriven performance of “Ahead of Ourselves” from their recent album Bad Witch.

On the acclaimed tour, Nine Inch Nails have surprised audiences by performing some old classics, such as the entirety of their 1992 Broken EP during a tour-opening show and, most recently, their 1997 hit “The Perfect Drug.” The tour marks the first time the band has performed the frenetic single live. The band has extended their tour to include an extra date in Mexico City (November 19), following their performance at the Corona Capital festival. Many of the forthcoming NIN dates are sold out, but you can find more information about tickets for the ones that aren’t at the band’s site.

In other Trent Reznor and Atticus Ross news, the two have been very busy with soundtrack work. They recently signed onto score HBO’s upcoming, Damon-Lindelof-helmed Watchmen series, and composed the music for Jonah Hill’s new directorial debut feature Mid90s. Watch the “Ahead of Ourselves” performance clip below.