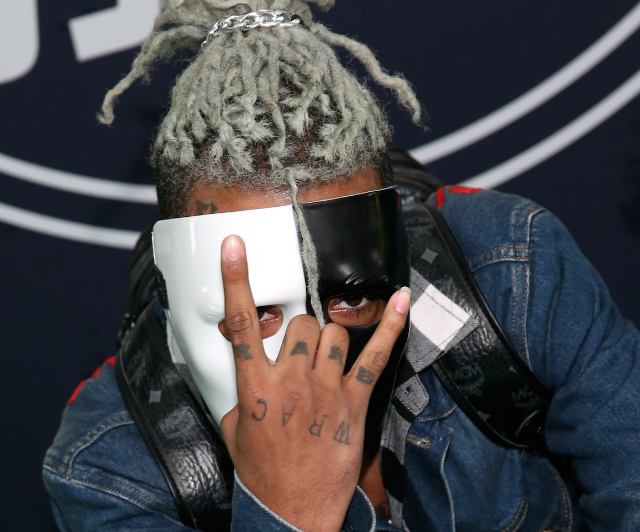 Multiple artists have teased a forthcoming song on social media that seems to feature a posthumous appearance from the late XXXTentacion, apparently to be released Thursday, October 25. Skrillex was the latest to post a snippet of the unreleased track, uploading a video of the song playing inside a car to Instagram and tagging it with X’s handle, along with those of Lil Pump, Swae Lee of Rae Sreummrd, reggaeton artist Maluma, and producers Mally Mall and Jon FX.

As Pitchfork points out, the new song had previously been posted by Maluma, Lil Pump, and Mally Mall, who have referred to it as either “Arms Around You” or “Arms Around Ya.” The earliest post came from Lil Pump, who posted a clip of the song on August 1, with the caption “ARMS AROUND YOU LIL PUMP FT XXXTENTACION (Prod by Jon FX & Mally mall).” It’s unclear whether the other artists were added to the song later, and whether Skrillex was involved in making it.

News of the new song comes shortly after Pitchfork reported on a previously unheard recording obtained from Miami prosecutors, in which XXXTentacion can be heard admitting to “fucking up” an ex-girlfriend. Before his death, the rapper was accused by his former girlfriend Geneva Ayala of multiple instances of domestic violence and abuse, and he was arrested in 2016 for aggravated battery of a pregnant woman. The rapper, who’s real name is Jahseh Onfroy, was shot and killed while leaving a motorcycle dealership in June.