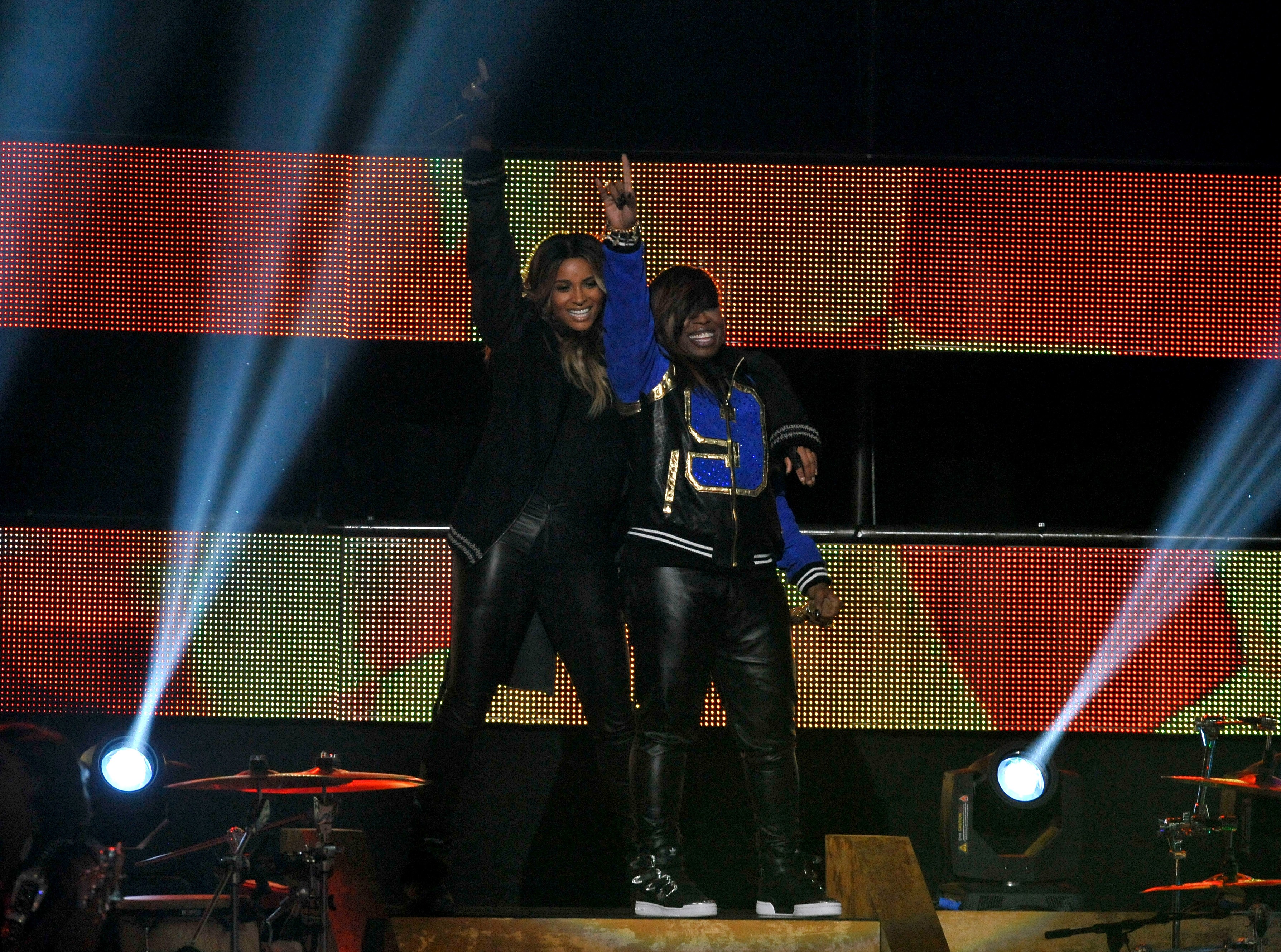 At last night’s American Music Awards, Ciara performed an electrifying, elaborate version of her new single “Level Up.” Backed with an army of dancers, Ciara’s high-paced, speedy, jersey bounce-infused record got the literal fireworks and energetic dance routine it deserves in it’s live rendition. It impressively outdoes the music video’s incredible dance sequence. Ciara was joined by Missy Elliott, packed with an autotuned mic, to perform her verse from the song’s remix (Fatman Scoop’s voice can be heard during the show too). Ciara also performed a brief snippet of her record “Dose”, with its marching band production working even better live.

Elsewhere in the show, Taylor Swift performed “I Did Something Bad” from her latest album Reputation, marking her first award show performance since the 2016 Grammys. Swift also continued getting minorly political. Cardi B  performed her song “I Like It” from her album Invasion of Privacy with J Balvin and Bad Bunny. It was her first awards show performance since giving birth to her daughter. Watch Ciara’s performance of the “Level Up” remix below.