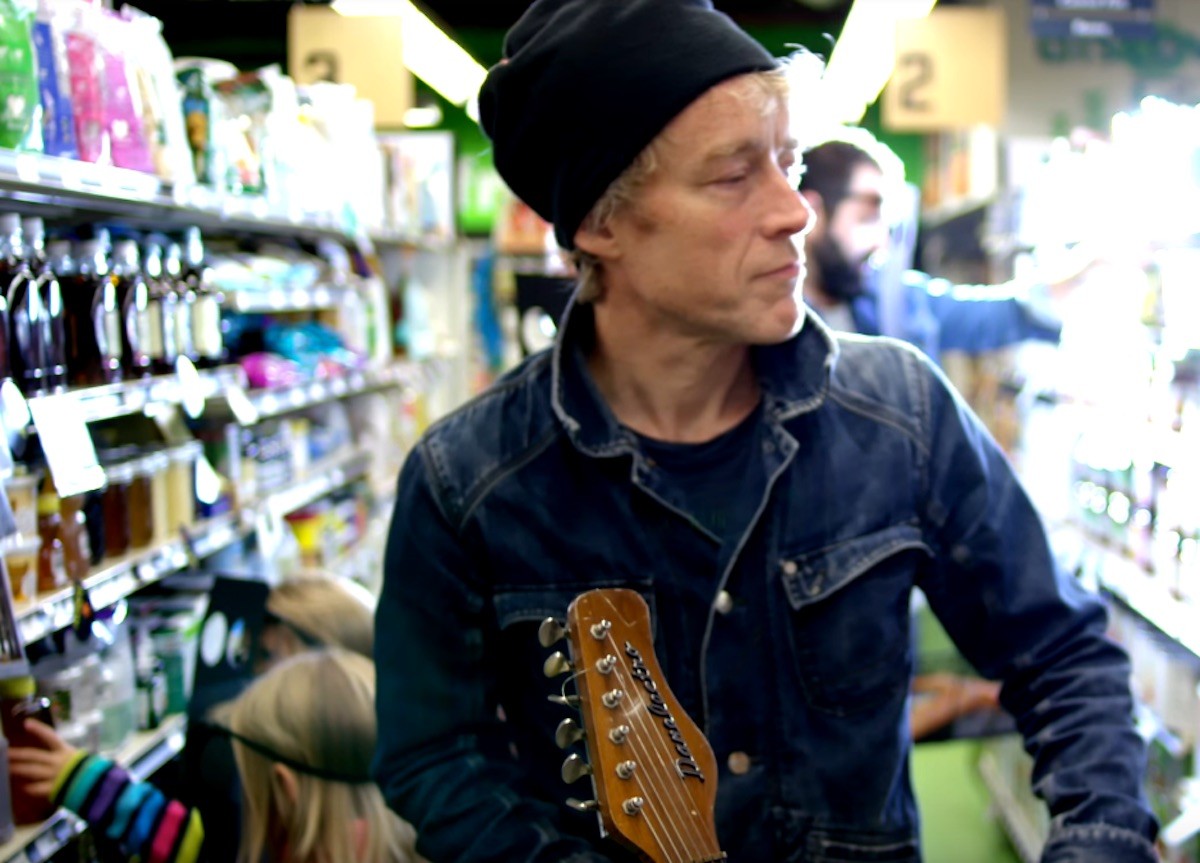 Minnesota indie rock staple Low do some eerie grocery shopping for Halloween today in their new video for “Always Trying To Work It Out,” the latest from their recently released album Double Negative. In the video, directed by Philip Harder and Low member Alan Sparhawk, the band performs in front of a slowly strobing light fixture while Sparhawk ventures through a hazy, creepy grocery store to do a little shopping surrounded by people in black paper masks. Sparhawk doesn’t seem to bothered by the sight though, as he just pushes his guitar around in a shopping cart down the aisles. A strange, absurdist visual that matches the chilling mood of the brooding, ghostly track.

Stereogum notes that Sparhawk has described the video as “our slightly Halloween-themed video for “Always Trying to Work It Out.” In which… friends and family star in a stroll through the grocery store; familiar fragments from memory appear; masks are filtering light.” Sparhawk also mentioned that the video was dedicated to Low’s home city of Duluth, Minnesota. Double Negative is Low’s twelfth studio album—the follow-up to their 2015 album Ones and Sixes—and contains the previously released singles “Quorum,” “Dancing And Blood,” “Fly,” and “Disarray” earlier this summer. Watch the video for “Always Trying to Work It Out” below.