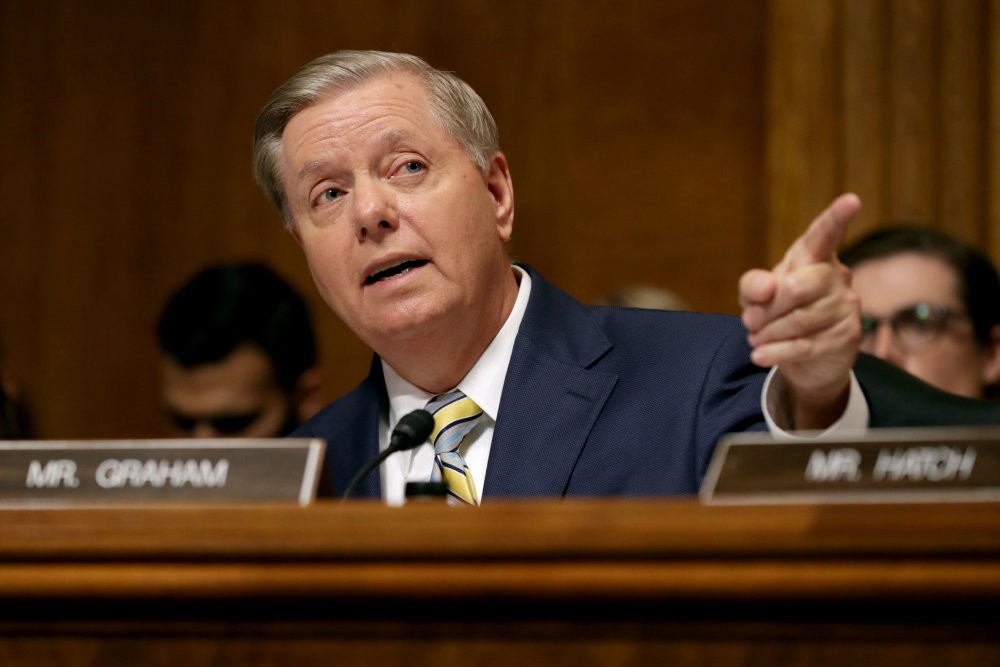 The mad scramble to get Trump SCOTUS nominee Brett Kavanaugh confirmed has caused key members of the Senate GOP to drop their masks and expose their inner ghouls. Case in point, Sen. Lindsey Graham (R-SC) continued his passionate defense of the embattled Supreme Court nominee at the at The Atlantic Festival in D.C. on Wednesday during a live Q & A with the magazine’s editor-in-chief Jeffrey Goldberg. The crowd booed the hell out of him.

“I thought [Ford] was handled respectfully,” Graham said regarding Christine Blasey Ford’s testimony regarding an alleged sexual assault she said happened between Kavanaugh and his friend Mark Judge in high school in the early ’80s.  “And I thought Kavanaugh was treated like crap.”

After prompting a round of boos, Graham testily replied, “Yeah, well boo yourself.”

Booed by the audience when he says Kavanaugh “was treated like crap,” Sen. Lindsey Graham responds, “Yeah, well boo yourself.” pic.twitter.com/Ns6dNPCSk4

The remark was prompted by Graham’s tepid condemnation of last night’s MAGA rally, where the president mocked Dr. Ford’s testimony to uproarious laughter and applause.

“President Trump went through a factual rendition that I didn’t particularly like and I would tell him to knock it off,” Graham said, “You’re not helping.”

In other words, he’s not helping push through a SCOTUS nominee who has been accused of sexual assault by several women and who likely lied several times under oath because it’s politically expedient.