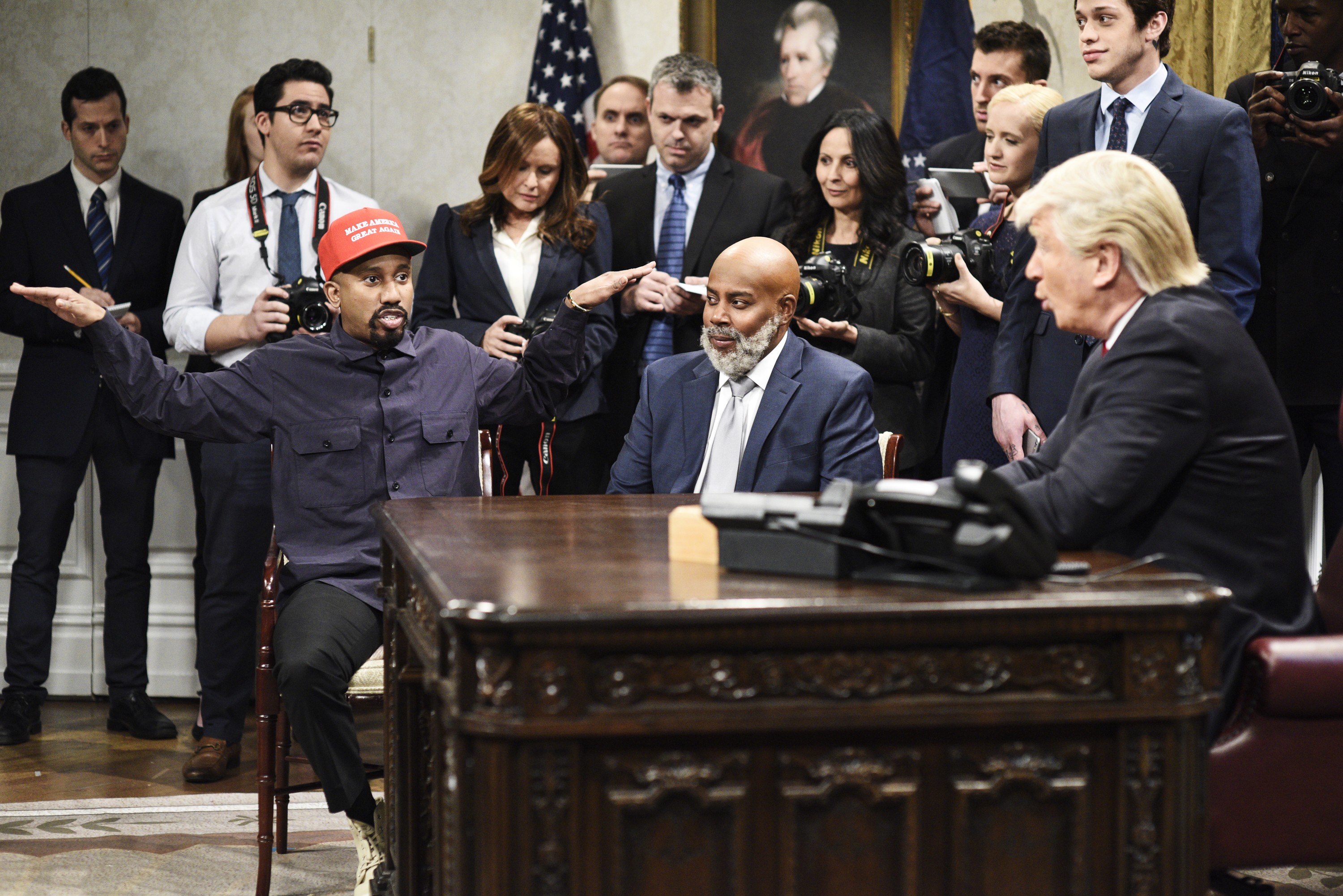 Kanye West was there in spirit at the cold open of last night’s episode of Saturday Night Live. Chris Redd played Kanye in a skit reenacting the rapper’s chaotic visit to the White House this week, where he showed Trump a prototype for a new Apple-inspired, hydrogen-powered upgrade for Air Force 1 and gifted Donald, Ivanka and Jared Kushner custom MAGA hats. Alec Baldwin returned as Donald Trump, and Kenan Thompson played the role of NFL Hall of Faber Jim Brown, who was also present at this week’s White House event.

In the SNL reenactment, Redd rants about time being an myth, his MAGA hat, the 13th Constitutional Amendment and other statements taken from Kanye’s actual White House appearance. “This guy might be cuckoo,” a voiceover for Baldwin’s Trump impersonation said. “I’ve been in a room with Dennis Rodman and Kim Jong-un and they made a lot more sense [Kanye].” The voiceover later recited a particularly scatological verse from Kanye’s song “Lift Yourself,” which dropped in April. Elsewhere in the episode, Seth Meyers, Colin Jost, and Michael Che discussed the meeting between Kanye and Trump on the “Weekend Update”

Kanye West was a recent musical guest on SNL, where he performed his hit “I Love It” with Lil Pump, “We Got Love” with Teyana Taylor, and “Ghost Town” from his recent album ye, for which he was joined by Kid Cudi, 070 Shake, and a backing band to close out the show. As they finished the performance, Kanye took the opportunity to deliver a post-show speech on SNL, where he said that he’d been “bullied” by the SNL team backstage, who asked him not to wear his MAGA hat on the show. SNL cast member (and fiancé of Ariana Grande) Pete Davidson later poked fun at the speech on SNL’s “Weekend Update,” where he revealed his own MAGA hat, now with the phrase “Make Kanye 2006 Again.” Watch this week’s SNL below.