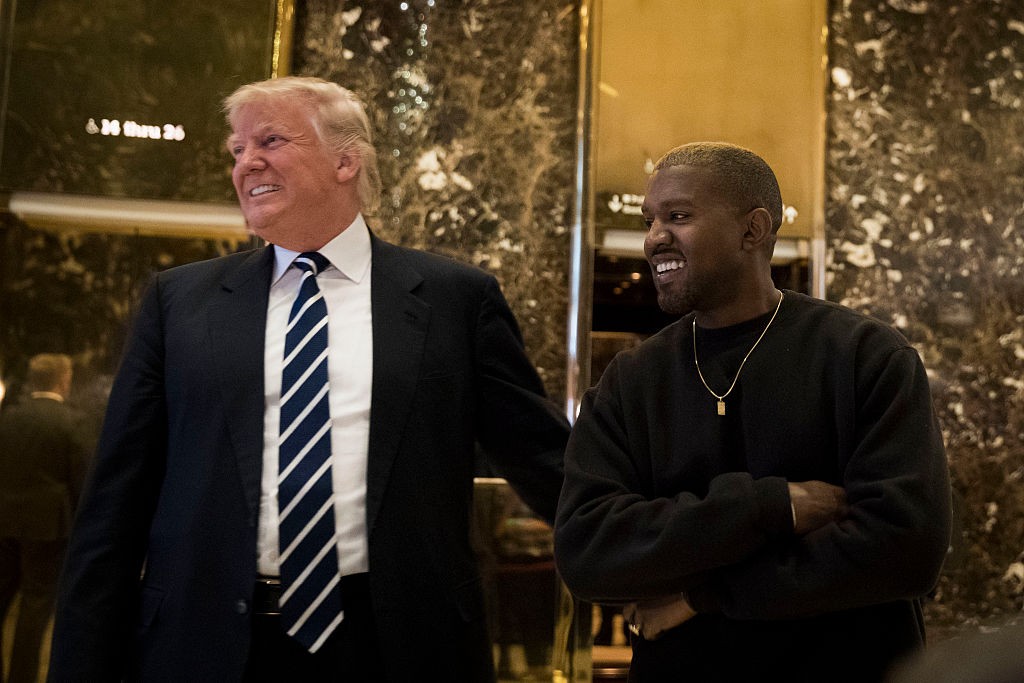 Kanye West is scheduled to meet with President Donald J. Trump yet again, according to a New York Times report. West will reportedly be having lunch with the man he has gotten so much grief from fans and peers for supporting at the White House on Thursday. Prior to the meal, West will sit down with everyone’s favorite White House senior advisor, Jared Kushner. According to the NYT report, West hopes to discuss promoting job opportunities for former convicts with Trump and Kushner, as well as increasing manufacturing jobs in Chicago, West’s hometown. (The rapper announced that he was moving back to the city last month).

West previously met with Trump at Trump Tower shortly following the 2016 election, where sources claimed they discussed a possible “entrepreneurial leadership role” for West. Trump said that the two discussed “life.” West has spoken out publicly about his support for the president many times now, after first expressing solidarity at a live show shortly after the election. West confirmed to Hot 97 host Ebro Darden in no uncertain terms that he “love[d]” Trump in April of last year. He has donned a MAGA hat for an infamous photo he posted to Twitter, at a recent meeting in the Fader offices (where he may or may not have brought up Alex Jones), and during his mess of a Saturday Night Live appearance at the end of last month.