Home » Features » Interviews » Joyce Manor Is Excited to Be Bored

Tattoos snake down Barry Johnson’s right arm, coming just short of gripping his beer. His left arm, at least the part of it that isn’t covered by his T-shirt, is paved over in black ink. Sitting at Jimmy’s Corner, the last dive bar standing in Times Square, the singer and guitarist of modern power-pop-punks Joyce Manor breaks into a monologue about the rock producers he’s dreamed of working with over the years. One of them, Converge guitarist Kurt Ballou, also happened to record Joyce Manor’s newest album, Million Dollars to Kill Me. Hiring Ballou, Johnson tells me, was an attempt to return to an energy and sound that felt rougher than the last few Joyce Manor records, but still polished.

“We kind of sent that sound home with our first record,” Johnson says of the band’s initial rawness. “And then since then I’ve been trying to make something a little more…”—his eyes widen a little as he gradually arrives at the idea—“…pop-oriented? Or we wanted a record that sounds like the Gin Blossoms or something.”

Johnson has wanted to work with Ballou long before Joyce Manor ever recorded a note. He grew up loving screamo and hardcore, and found the bright, focused sound he wanted for his own bands in Ballou-produced records by post-hardcore bands Orchid and Pg. 99. Johnson’s excitement is contagious whenever he talks about Ballou. “We have a lot of mutual friends, so I just shot him a text,” he says, describing the severely mundane yet surreal of hiring Ballou as if it were the coolest thing that ever happened to him. “And then… You know how you shoot a text and then immediately, like, the little talk bubble comes up? He was just like, ‘Yo, that sounds awesome. When are you thinking?’”

Johnson is enthusiastic when talking about Ballou—earnest, even—which is surprising. He tends to sound bored on his records, albeit a magnetic sort of bored. It’s what initially drew me to Joyce Manor: Johnson as a disinterested and disillusioned center around which the band’s guitars brightly surged. It’s also one of the reasons Johnson’s been compared so often to Morrissey, someone so disappointed and exhausted by how things are that he can’t bear to describe them normally. 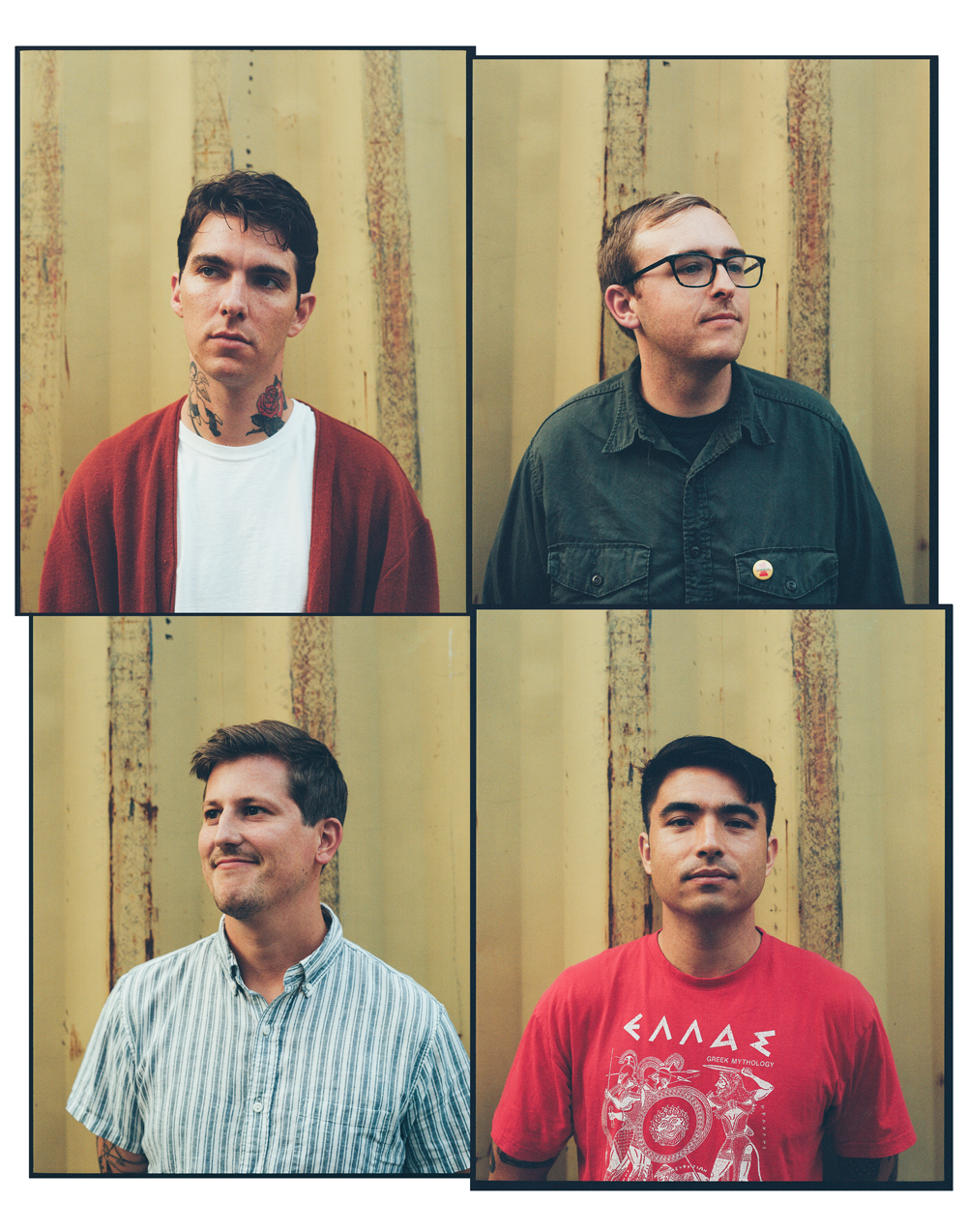 Focus on his lyrics, however, and Johnson seems less bored or indifferent than mournful. The fourth song on Million Dollars to Kill Me, “I’m Not the One,” is simultaneously a love letter to punk rock and an indictment of its scene politics. But the song’s considerations of taste and tastemaking erode by its end, when Johnson measures them against his own mortality. “Trying to decide who’s good and who’s just poor,” he sings as an acoustic guitar weeps behind him. “Baby, when we die, yeah, we’re all gonna want some more.” It’s instantly one of the band’s greatest songs, and like all the best Joyce Manor songs, it’s about people and communities struggling against their own disappearance.

Joyce Manor formed in Torrance, California, a beach city perched on the southwestern rim of Los Angeles County. Their self-titled first album, released in 2011, resembled few punk records at the time: shorter than 30 minutes, sharp as it was sad, and receiving more reblogs on Tumblr than traditional records sales or glowing reviews. Its final track, “Constant Headache,” was their first hit, and still their most enduring song, a knot of feeling shoved forward by its own chord progression, punk as temporary and awesome as a wave on beach.

Johnson writes short songs. If you press play on one and blink a few times, it’s probably already over. A 10-25 minute full-length album is the band’s signature at this point, though to hear Johnson tell it, this is not exactly a strategic decision. His songs are done when they’re done. “It’s like moving a Rubik’s Cube around,” he says of the process. “It just clicks into place, and all the colors are on the right side.”

Sometimes songs that are already short get abridged even further. Johnson informs me there’s a very early version of “Constant Headache” with an additional third verse. “I feel a little precious about it, where I think that song’s really important to some people, and I don’t want to show them an alternate version, you know what I mean?” he says. “It might weird ’em out too much, this thing that you’re really used to. It’s like Star Wars, when they put all that fuckin’ CGI in and stuff, it pissed a lot of people off.”

Once the skeleton of a song feels solid, Johnson and lead guitarist Chase Knobbe rehearse it together, and Knobbe gradually develops guitar lines that would make even the most conventional chord progressions feel shimmeringly alive. “He’s like fucking Keith Richards now,” Johnson says of Knobbe, whom he recruited for the band when Knobbe was still in high school. “I just saw more potential than than what he was at,” he adds. “I was like, this guy is the real deal.” As Johnson describes Knobbe’s guitar on “Fighting Kangaroo,” Million Dollars to Kill Me’s opening track: “He makes the song sound sadder but also more tough.” That’s the ethos of Joyce Manor: both sad and furious about feeling sad.

Million Dollars to Kill Me, bubbling upward on the bass lines of Matt Ebert and the narrow but controlled swing of new drummer Pat Ware, doesn’t quite glow with melancholy like its predecessor, the Rob Schnapf-produced, not-un-Gin-Blossoms-like Cody. Instead, it’s drier, more irreverent, reinventing itself just as soon as you think you’re sure of what it is. Fourth track “I’m Not the One” was reinvented even as it was being recorded, a furious punk rock song that gradually shrank itself into the gentlest moment on the album.

The rest of the band was skeptical about converting “I’m Not the One” into its quieter final form. But Johnson was insistent. “I sing about punk shit,” he says. “And it’s fuckin’ lame to have a punk song where you sing about punk shit. If it’s like a Belle and Sebastian kind of low-key acoustic type of thing, you can pull that off.” When Johnson started working it out on his acoustic guitar, everybody in the room fell in love with the song all over again, especially Ballou.

Ballou was able to expand their sound without necessarily changing it; the guitars sound like he roped them together from individual electrical impulses. He brought to the surface new subtleties in seemingly unsubtle music, such as the ambience that mists around each guitar chord. “In ‘Big Lie,’ those weird post-rock swells, I feel like the chords, those are kind of implied,” says Knobbe, speaking over the phone. “He was able to dig into the implied feeling… He made it gel in a way that was really energetic and raw but still everything was coherent.”

“Big Lie” is the centerpiece of Million Dollars to Kill Me, and Knobbe’s lead guitar is its own hook, the shuddering inner pulse of the song. Johnson’s lyrics are impressionistic, linked-together blurs of memory and feeling. “Seven-thirty in the morning / Feeling stoned in the glow of the streetlights,” he sings, sketching out the shape of a moment before he arrives at the simple and direct expression of how he feels inside of it: “Baby, I’ve been lonely my whole life.” The whole record is like this, miniature spaces containing huge, overwhelming anxieties, a short, digestible punk record where every song nonetheless feels like its own place and time. 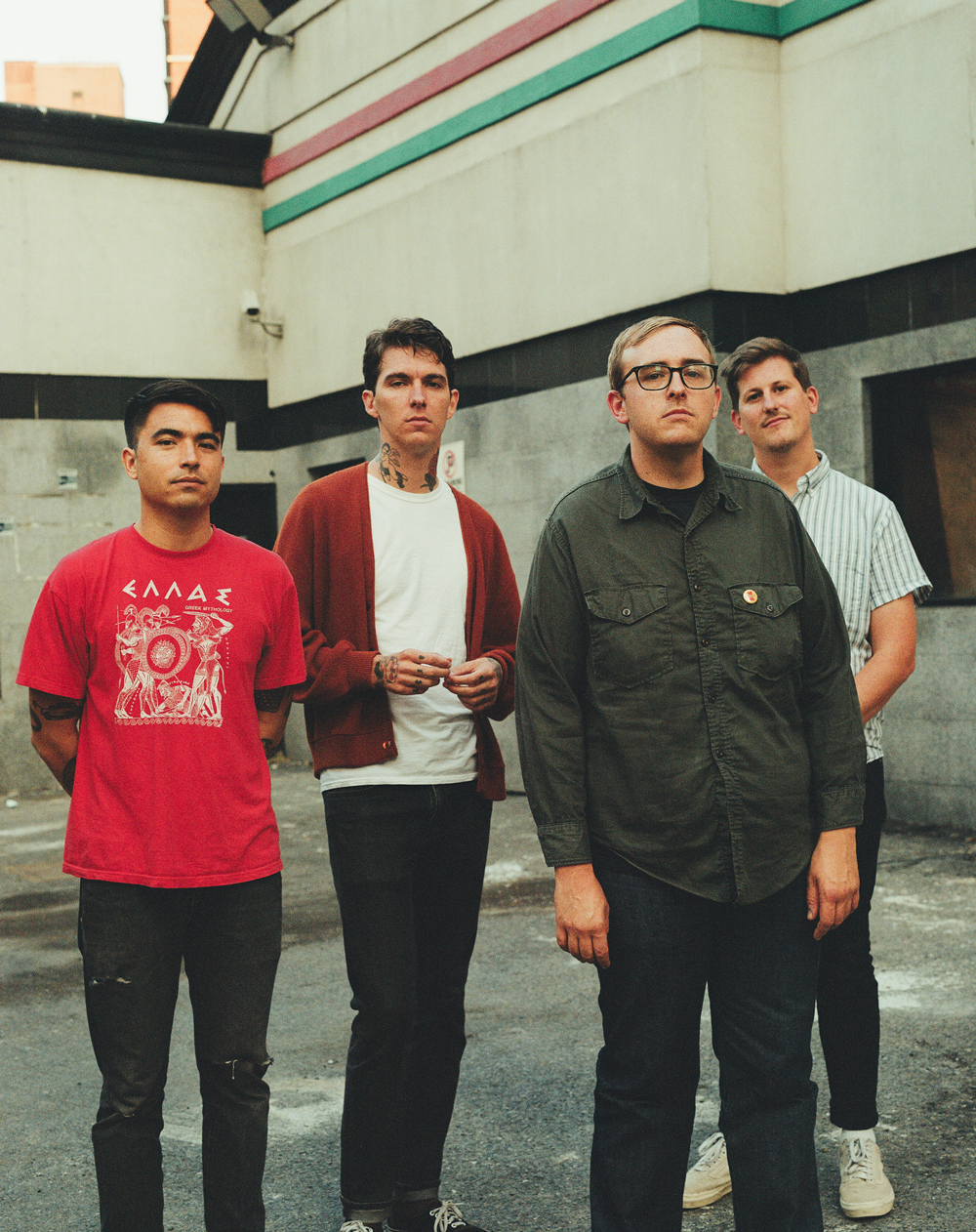 It’s this passion, for the ambient feeling around a memory as much as the memory itself, that may account for why the album closer, “Wildflowers,” is both Johnson’s and Knobbe’s favorite song on the record. It contributes more new color to Joyce Manor’s palette than any other track, the notes from Knobbe’s guitar fluttering like sunlight through bicycle spokes. “I’ve always wanted to write a part that is melodic but without it being a competing hook,” he says. “Old country stuff has that kind of feel to it, where the song is being pushed by these almost subliminal notes.”

But “Wildflowers” almost didn’t exist. It was so late for the album that Johnson wrote it while the remaining nine songs on the record were being mixed. He thought no one would take a nine-song Joyce Manor album seriously, that they’d balk at the runtime, a mere 20 minutes. “I was just kinda like, ‘You gotta write another song,’” Johnson says. “Didn’t want to write another song, fuckin’ lazy as hell.” He wrote it anyway and sent it to Rory Allen Phillips of the late-‘90s band The Impossibles, with whom Johnson had also written Million Dollars to Kill Me’s “Silly Games” and “Friends We Met Online.” (The album actually emerged from an as-yet-unreleased collaborative EP that Johnson recorded back and forth with Phillips through email.)

Johnson seems most proud of the feeling “Wildflowers” conveys, how it’s “about a very simple thing, just, like, how flowers are pretty and songs are pretty.” But like any Joyce Manor song, there’s a melancholy undertow pulling it toward more depressive states. “‘Hey man, are you okay?’ / That was all that I heard somebody say,” Johnson sings, almost paralyzed at the sight of a bright thicket of flowers, the fact of their beauty so simple and apparent that no one could ruin it. When he finished writing the song, he immediately knew it was the final track on the album. Its loping rhythm felt to him like credits scrolling across a screen.

Back at the bar, Johnson is still sitting across from me, his fist wrapped around a bottle of Coors Light, his form soaked in beer-colored fluorescence. I want to tell him about the last time I was here, when I was trying to be sober. Johnson’s best songs are documents of boredom and embarrassment, shining jewels which trap in their brief depths remembered scenes of humiliation and ennui. I try to get this feeling across in my retelling of that night—something about a bartender putting me in my place for the naiveté of my drink order—but for some reason I can’t get to the end. I skip right to the Mets game I went to later in the evening, and the story is over before it starts. Just like a Joyce Manor song. 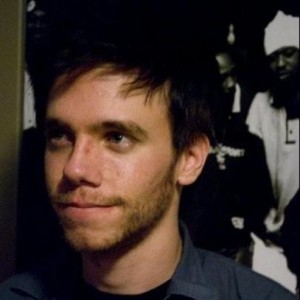