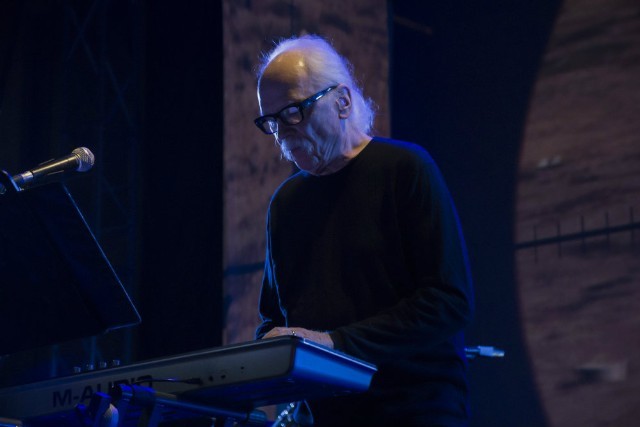 John Carpenter has released a new piece of theme music titled “Shudder.” The track was produced for the horror film streaming service of the same name. With its taut, nervous string section and heartbeat-like synth bass pulse, the piece recalls Ennio Morricone’s theme for Carpenter’s 1982 film The Thing.

David Gordon Green’s reboot of Carpenter’s 1978 slasher flick Halloween is currently in theaters. Last month, Carpenter shared “The Shape Returns,” an updated version of the original movie’s theme. Carpenter will be playing the song and others from his catalog on Halloween at Los Angeles’s Hollywood Palladium.

The Breeders also got into the holiday spirit by covering “The Shape” at a performance last week in Chicago, while Trent Reznor and Atticus Ross’s 2017 interpretation of Halloween’s score received a vinyl release on Friday.

Listen to “Shudder” below.