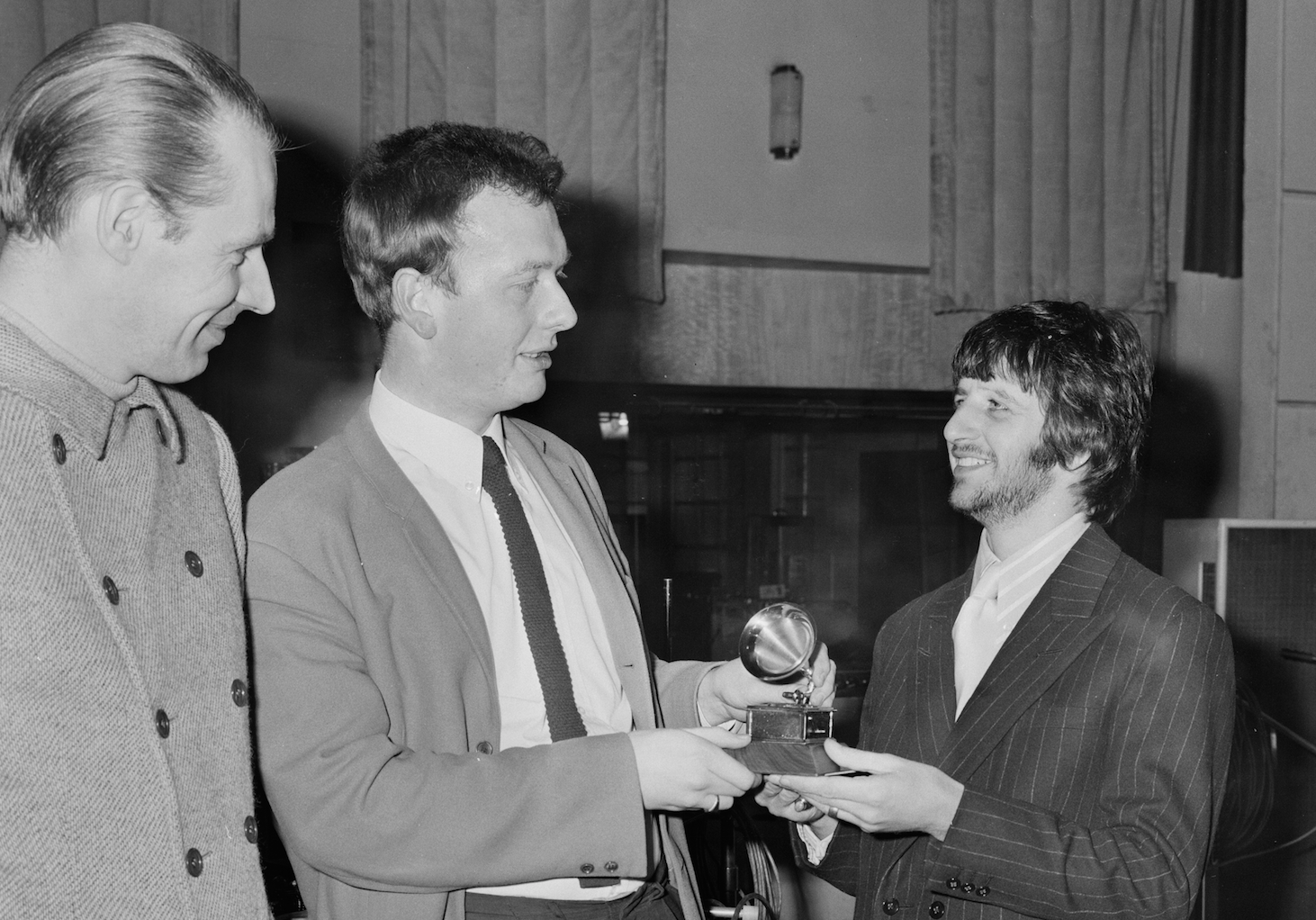 Geoff Emerick, the imaginative recording engineer who was one of the architects of the Beatles’ legendary recordings and worked with them on their early hits and their later albums, has died from a massive heart attack. He was 72. Emerick’s death was confirmed by his manager William Zabaleta in a statement posted online.

“Today, at around 2’o’clock, I was making my way back from Arizona to Los Angeles to go pick up Geoff so we could transport some gold records and platinum plaques to our show in Tucson,” Zabaleta said. “While on the phone with Geoff Emerick, he had complications, dropped the phone. At that point I called 911, but by the time they got there it was too late. So Geoff suffered from heart problems for a long time. He had a pacemaker and when it’s your time, it’s your time. We lost a legend and a best friend to me and a mentor. That’s all I can say on the matter.” Emerick was due to appear at a show Oct. 6 in Tucson called Emerick’s London Revival to talk about his work with the Fab Four.

His agent, David Maida, also issued a statement on his website. “Thank You GEOFF EMERICK for being YOU. Though my heart is broken, you will remain in the hearts of many infinite. I am SO blessed to have gotten to know you and hear your wonderful stories along with the many laughs. YOU were a great man besides you being such an innovator. I am also happy that I called you SIR Geoff Emerick as you will always be a true Knight in my book. Rest In Peace my dear friend.”

Remembered as an innovator behind the desk, Emerick was just 15 when he began working at Abbey Road Studios. He was assistant engineer on such songs as “Love Me Do”, “I Want To Hold Your Hand,” “She Loves You,” and “A Hard Day’s Night.” Just prior to turning 19, he became the Beatles’ main engineer and helmed Revolver, Sgt. Pepper’s Lonely Hearts Club Band, and Abbey Road, and much of Magical Mystery Tour and The Beatles (The White Album), which is celebrating the 50th anniversary of its release this year with an expansive box set.

Later, he worked on recordings with Elvis Costello, Michael Jackson, The Zombies, Cheap Trick, Stevie Wonder and many more.

During his career, Emerick won four Grammy Awards – three for best engineered album, for Sgt. Pepper’s Lonely Hearts Club Band, Abbey Road and the Paul McCartney and Wings album Band on the Run and a 2003 technical Grammy for “pushing the boundaries of studio recording techniques of creativity and imagination.” He was the author of at 2006 autobiography Here, There and Everywhere: My Life Recording the Music of the Beatles.

Beatles author Kenneth Womack of Monmouth University, the site of an International Symposium on the Beatles’ White Album Nov. 8-11 where Emerick was scheduled to be a guest, told Billboard, “Geoff Emerick was one of the most innovative sound engineers of our times, always eager to push the sonic boundaries in order to meet his artists’ expectations, no matter how profound or difficult. One need only look to his first session as the Beatles’ engineer in 1966, when he worked the session for ‘Tomorrow Never Knows” and dared to capture the sound of John Lennon singing like the Dalai Lama on some faraway mountaintop.” Womack is the author of a two-volume biography of Beatles producer Sir George Martin, Maximum Volume and Sound Pictures.

Denny Laine, a member of Paul McCartney and Wings, tweeted tonight, “We received very sad news today, old friend, Geoff Emerick, passed away. Our condolences to his family. Geoff was a brilliant engineer and a fine man. He was enjoying his work and masterclasses.”