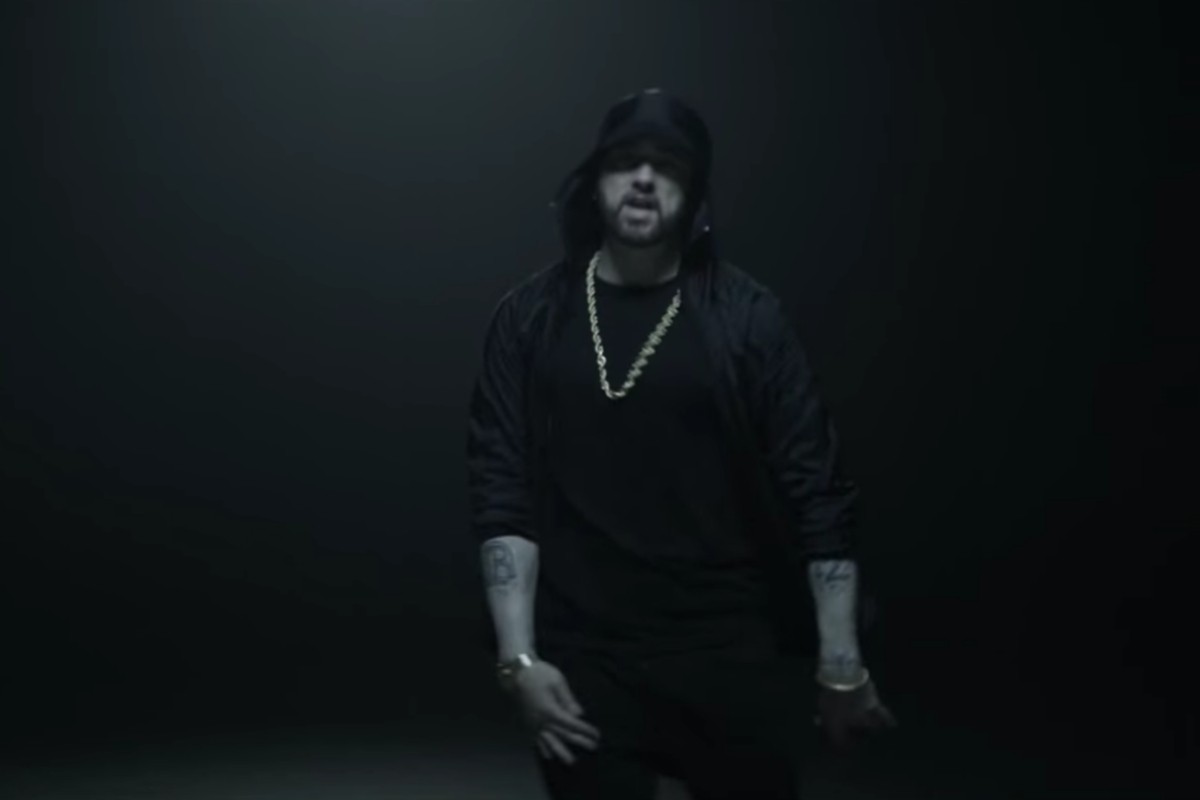 Three weeks after the song was teased in a trailer for Marvel’s new film Venom, Eminem has released a music video for a single titled “Venom.” The visual drops the same day as the release of the film, which stars Tom Hardy as the Spider-Man villain Venom. The video follows the arc of a young man who finds a CD copy of Eminem’s latest album Kamikaze on a sidewalk, only to discover that the disc is attempting to cover his body in black sludge in the style of Venom. Spoiler alert: Near the end of the clip, Eminem reveals himself to be Venom. It’s a feat of corporate symbiosis, which is presumably the driving theme of Venom.