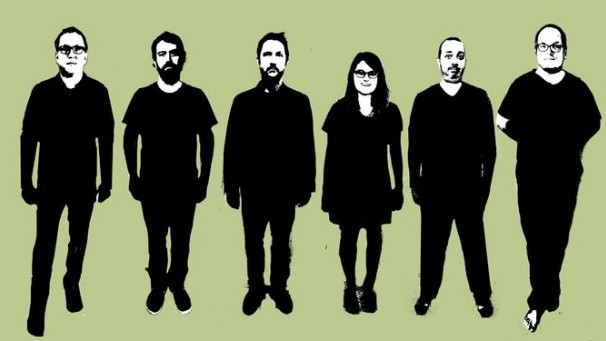 Omaha-born emo-rock icons Cursive are back with Vitriola, out now from their own label 15 Passenger. The new album, the band’s eighth, follows up 2012’s I Am Gemini and was produced by Mike Mogis (Speedy Ortiz, First Aid Kit). It sees the return of founding drummer Clint Schnase for the first time since 2006’s Happy Hollow and, as usual, frontman Tim Kasher’s pessimism is on full display. “Wish I had time, wish I had hope / Wish I had mine, wish I could cope with this / We’ve been left all alone,” Kasher cries out on “Under the Rainbow.“

The band announced the album earlier this summer with “Life Savings,” followed by “Under the Rainbow” and “It’s Gonna Hurt.” Their sound is as urgent and seething as ever, tackling the cruelty of life in the 21st century head-on. “There’s just an awful mean streak in humanity in the way that you can see it being bred in groupthink and group mentality,” Kasher told Stereogum. “Like, with racism, there’s a very easy example with that. It’s like, this country just needed somebody to be like, ‘You know what?’ … And then so many people are just like, ‘Damn straight! Yeah! Absolutely.’ It’s just like, holy shit. It’s really ugly.”

Cursive are about to head out on a lengthy U.S. tour, with a full list of dates available here. Listen to Vitriola below.