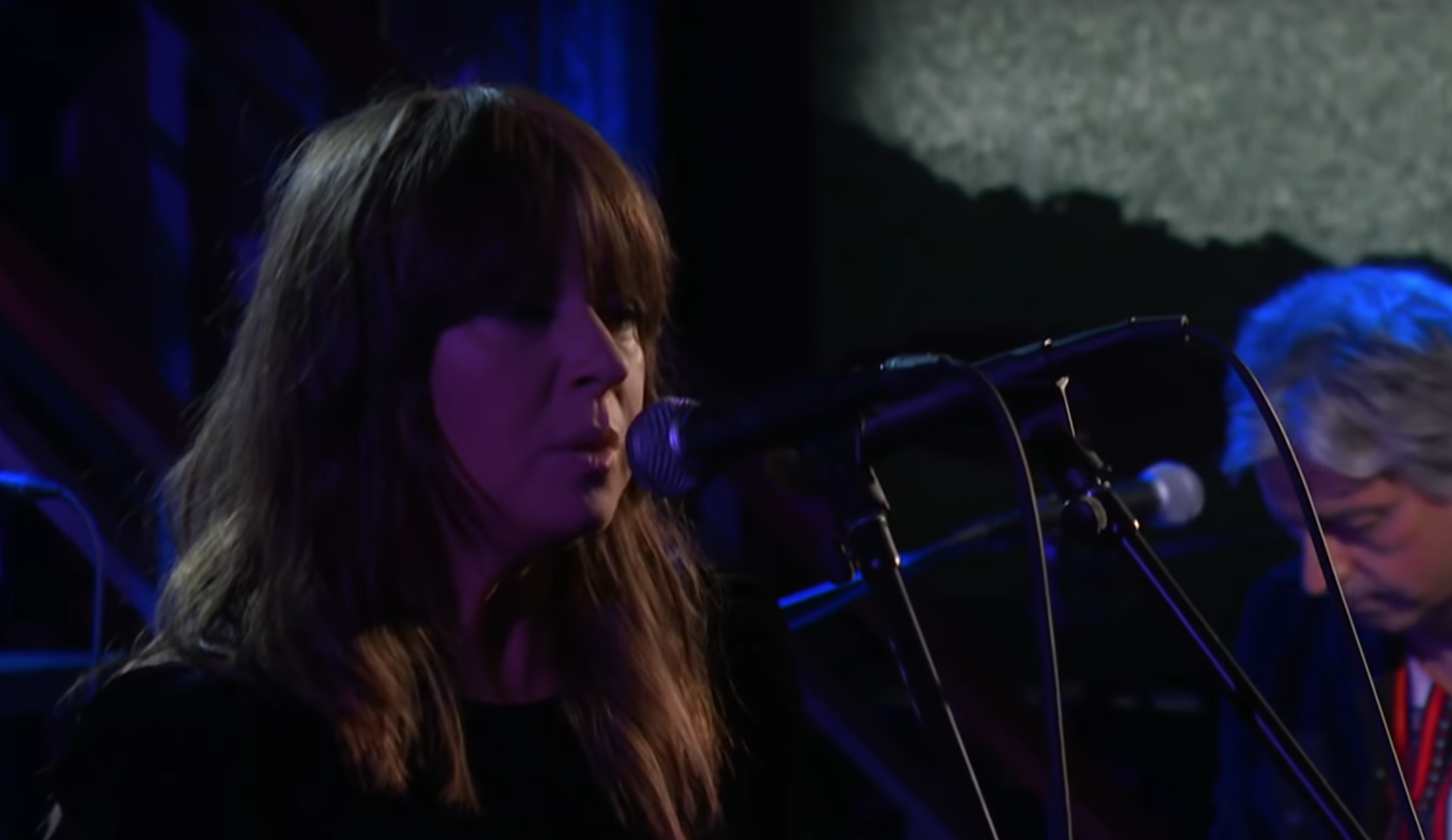 Cat Power performed in New York City last night, and while she was in town, stopped by The Late Show with Stephen Colbert to play a song. That would be “Woman,” the first single from her tenth album Wanderer, which is due out on Friday (October 5). It’s the followup to her 2012 LP Sun. The studio recording of the song, which was released in August along with a video, and features Lana Del Rey, who did not materialize during the Colbert performance. The source of power in the performance and song is Cat Power’s fierce vocal delivery, especially in the deliberate way she spits out every lyric in the song’s dense verses: “Well, my cage is a weapon, it’s perfect for me/It’s the one suit they seem to not see.”

In a recent New York Times interview, Cat Power, otherwise known as Chan Marshall, detailed the fallout with her longtime label Matador, who thought Wanderer was not strong enough for them to release. Cat Power released a video for her cover of Rihanna’s “Stay” last month, and is currently in the early stages of a North American tour. Pre-order Wanderer via Marshall’s new label, Domino, here. Watch her spirited Colbert performance below.