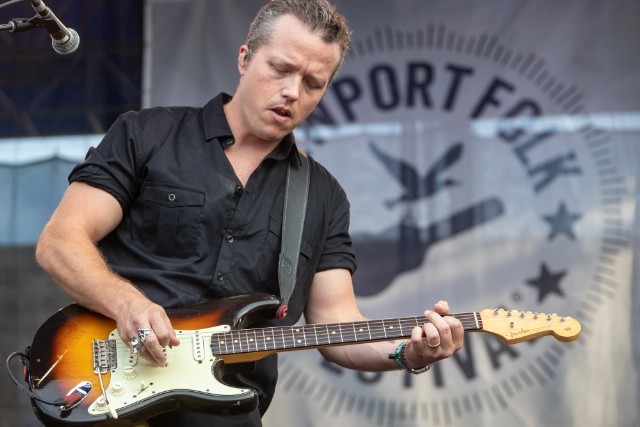 The A Star Is Born soundtrack is out now, and one of its best songs is “Maybe It’s Time,” a barebones country song penned by none other than Jason Isbell. The former Drive By Trucker, Twitter genius, and alt-country living legend’s contribution to the soundtrack is performed by Bradley Cooper in character as Jackson Maine, a fading heartland rocker who struggles with alcoholism and drug addiction, and who falls in love with Lady Gaga’s Ally character while helping her achieve her dreams of pop stardom.

Talking to Rolling Stone, Cooper said “Maybe It’s Time” played a key role in the creation of the rest of the soundtrack: “The song Jason Isbell wrote for Jackson became the staple, the sword with which a lot of the music spawned from me.” Cooper collaborated with Lukas Nelson on most of the other Jackson Maine material.

You’ve heard part of “Maybe It’s Time” if you’ve seen the A Star Is Born trailer, but now that the soundtrack is out, you can hear the whole song. Listen below — along with the rest of the album, if you want — and let us know whether “Maybe It’s Time” would’ve held its own on The Nashville Sound.

A Star Is Born is in theaters today, and the soundtrack is out now via Interscope.

Jason Isbell Slams Anti-Vaxxers: ‘If You’re Dead, You Don’t Have Any Freedoms’