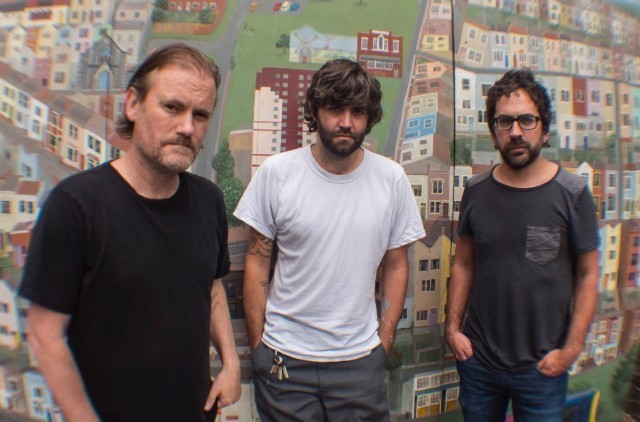 CREDIT: John Minton/Courtesy of the artist

Geoff Barrow of Beak> and director Alex Garland have a fruitful working relationship. With his composing partner Ben Salisbury, Barrow (who is also in Portishead) created the scores for Garland’s two great sci-fi features Ex Machina and Annihilation. And now, Garland has directed a music video for “When We Fall,” from Beak>’s new album >>>.

Given that the incredible and relatively dialogue-free Annihilation climax sequence basically functions like a music video for Barrow’s alien synth sounds, it makes sense for the two to be working together in this format. The “When We Fall” clip is altogether mellower, with autumnal shots of beaches, roads, fields, and camera viewfinders, and a vague suggestion that something sinister is happening to a woman who periodically appears in them. Coupled with the track’s vocal harmonies and fingerpicked guitars, it reminds me less of Annihilation’s ending than the pastoral-but-eerie early scenes soundtracked by Crosby, Stills, and Nash.

Garland and the band previously released another version of the video, cut to an older take of “When We Fall” that appeared on Beak>’s 2015 “split” EP with alter ego <Keab. You can watch the new version of the clip below.

Beak> are currently on tour, with a handful of upcoming U.S. dates including an appearance at the Desert Daze festival next weekend.

Beak> Approach the Limits of Their Steely Minimalism on >>>